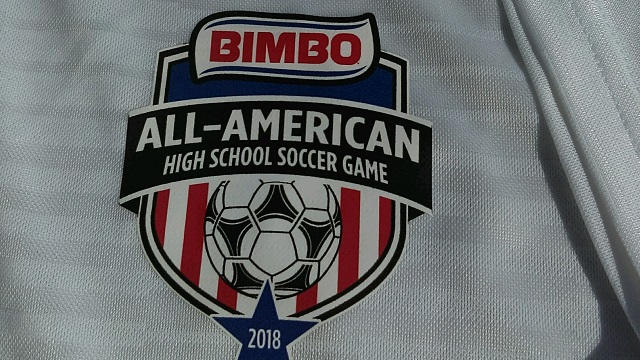 The following players were identified by the coaching staffs are have the best performances at the High School All-America Game on Saturday, Dec. 1, in Winter Park, Fla. The East won the match 4-3.

F: Ugochukwa Achara, Berkshire School (Mass.), Sr., undecided: Perhaps the top uncommitted high school prospect in the country. He was dangerous every time he got the ball and ended up scoring twice. He has the ability to explode past players.

F: Omar Castruita, Boulder (Colo.), Sr., undecided: While he did not factor in the scoring, he was exceptionally dangerous in the attack.

F: Michael Suski, Loomis Chaffee (Conn.), Sr., Boston College: Super dynamic with incredible quickness. He scored the first goal of the match and was a threat to score every time he had the ball. He was named the East MVP.

M: Alex Adjetey, South Kent School (Conn.), Sr., Virginia Tech: Adjetey consistently created chances for himself and others, mostly playing on the wing. He was skilled at taking on defenders.

M: Anthony Dragisics, Archbishop Curley (Md.), Sr., Villanova: Dragisics was calmand smart on the ball. He played the first half out of position at left back and moved to holding mid for the second half. He kept the team organized.

M: Ben Hegge, Archbishop Moeller (Ohio), Sr., Cincinnati: Hegge found his game in the second half, and that's when the West mounted a come-back. Hegge scored twice and was named West MVP.

D: Brennan Callow, Seven Hills (Ohio), Sr., Michigan: An attacking player in high school, Callow played center back for the West in the All-America Game. He was able to get the West settled down and help the team get back into the game after a quick 3-0 deficit.

D: Nolan DeWeese, Christian Brothers College (Mo.), Sr., undecided: DeWeese was IDed as the top defender for the West. He was smart on the ball. He didn't start, but once he got into the match he helped turn the possession into the West's favor as the team chipped away at the early deficit.

D: Euan Forrest, Hill School (Pa.), Sr., Lehigh: Considered the top defender for the East, Forrest was dominant in the air and broke up a lot of West attacks. He was the leader in the back four.

D: Mitchell Murphy, Quincy Notre Dame (Ill.), Sr., SMU: Murphy was one of the more unique and versatile players at the game. He played right back and was dangerous coming forward. He also served in several dangerous free kicks.

GK: Carter Abbott, Milwaukee Marquette (Wis.), Sr., undecided: Three keepers were named to the All-America Game so each took turns in goal in order to all get 60 minutes. Abbott did well cutting off angles and simply was a smart keeper.