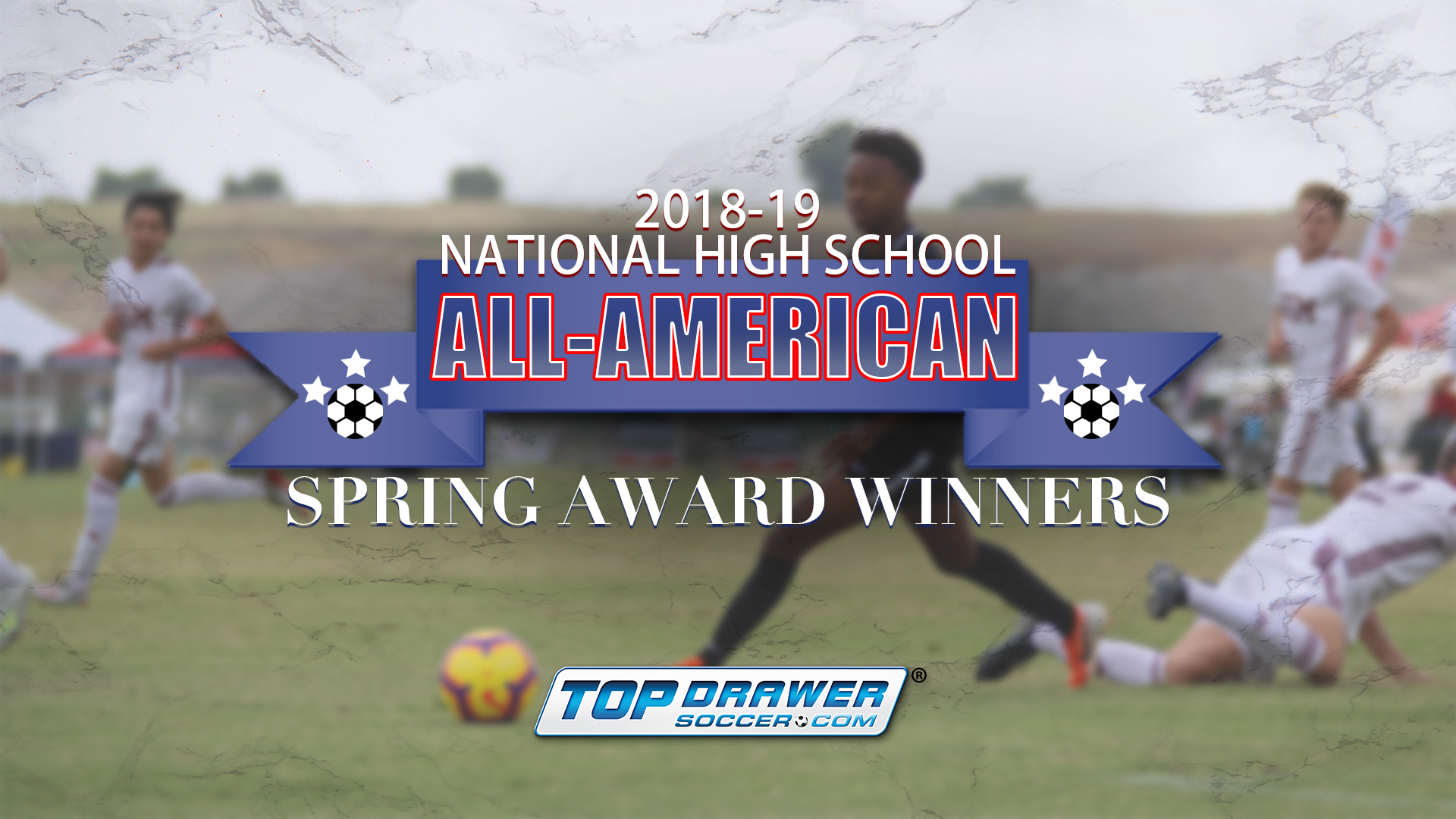 The South Carolina signee was named to the Alabama Coaches All-State first team. The standout scored 24 goals and served up 21 assists to lead Briarwood Christian to a 21-1-3 season and a state title.

The Clemson commit was named to the Tennessean All-Midstate first team. Parrish scored 38 goals and dished out 11 assists while helping Fairview to a Class AA state semifinal appearance. He had 11 multi-goal outings.

Adan has emerged as a significant recruit following a breakout high school season. The Nebraska Player of the Year by both the Omaha and Lincoln newspapers scored 21 goals while leading Omaha South to a 21-1 season and a Class A state title.

The Tulsa commit was named the Tulsa World Player of the Year after leading Jenks to a 18-0 season and a Class 6A state title. Jenks finished No. 2 in the Spring FAB 50. Edwards, a two-time Tulsa World first-=team pick, had 14 goals and 12 assists.

The Clemson commit scored 24 goals and served up 19 assists to lead Wade Hampton to a state tournament appearance. He has factored in 85 goals during his high school career.

The Wake Forest signee(m) played his role perfectly while leading Dalton to a 23-0 season and a FAB 50 No. 1 final ranking. Hernandez, a repeat first-team All-America selection, scored 16 goals and served up 17 assists. He got several of his talented teammates in position to score making Dalton extremely difficult to stop. In fact, only three times did the Catamounts fail to score at least three goals in a match. The team averaged 4.7 goals per match in the playoffs.

The West Virginia signee was named the Class 4 Player of the Year after guiding Charlottesville to a state title through a loaded bracket. The team finished No. 7 in the final Spring FAB 50. Lehnert led Charlottesville in goals and assists.

The Virginia Tech signee is a repeat All-America selection. McClendon was named to the All-Tidewater first team. He was a major part of a 16-match undefeated run that First Colonial put together during the 2019 season. He even scored five goals from his defensive position.

The South Carolina signee started every match during his four-year high school varsity caeer and helped Cambridge to at least the state quarterfinals every season. Rose was named the DiVarsity Class 6A Player of the Year. Rose was a three-year team captain and was a three-year all-region selection. He scored 23 career goals as a defender and added 47 assists.

Cheaves recently completed his 25th season at Dalton, and what a banner year is was. Cheaves guided a talent-filled Catamount team to a perfect 23-0 season and a FAB 50 No. 1 final ranking. Dalton capped the season with a 4-1 state title win, giving Cheaves his fifth state title as head coach.

PLAYER OF THE YEAR: Omar Hernandez