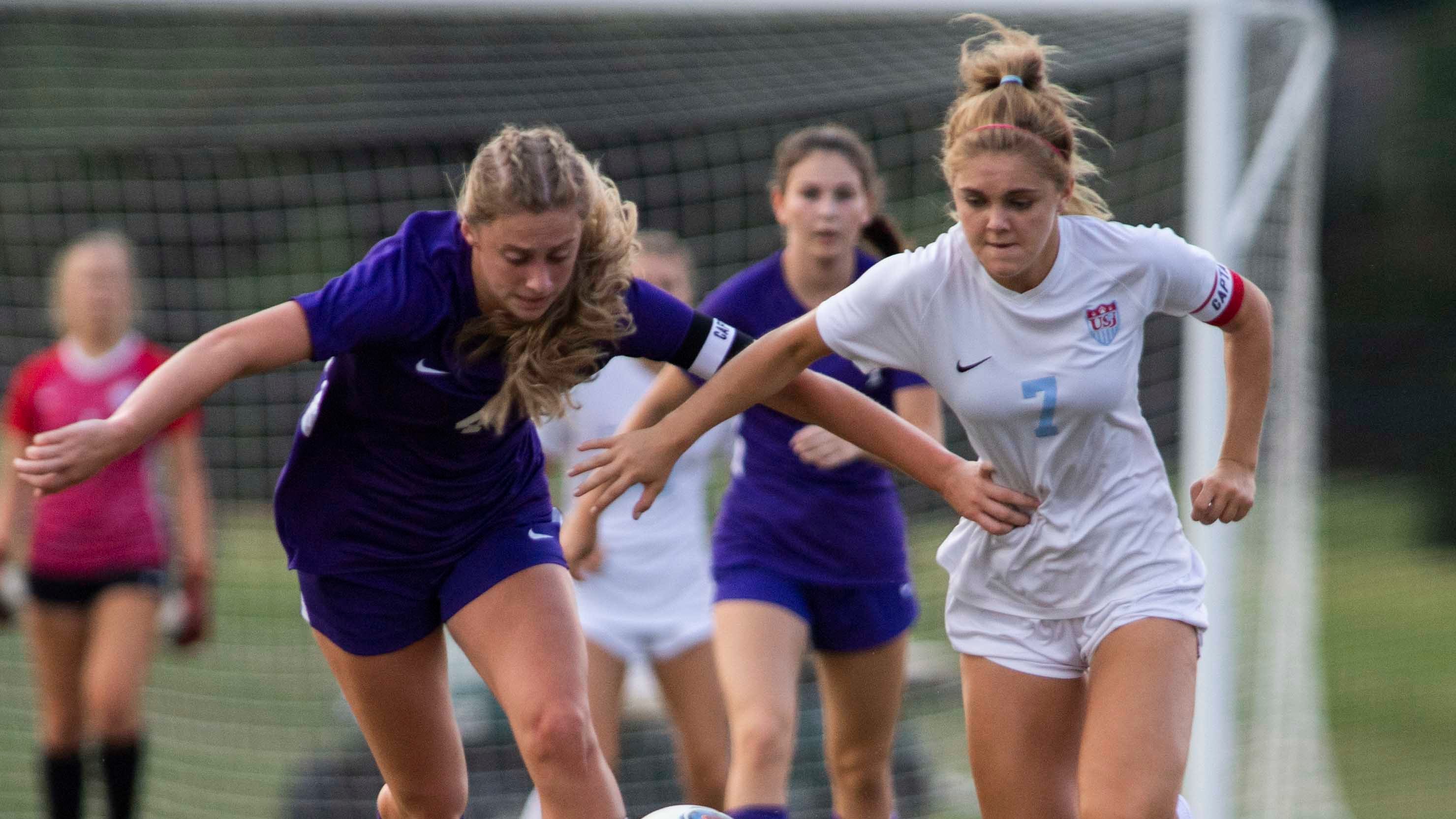 A staple of TopDrawerSoccer high school coverage is the weekly FAB 50 rankings.

You might notice, however, those rankings are absent — for the time being, and we have the COVID-19 pandemic to thank for that.

High school sports were in disarray this fall when the preseason rankings are generally released. Some states were planning to push their fall seasons to the spring, others delayed the 2020 start dates as late as October, and even other states moved forward as planned. Even as late as early September, when all teams usually are playing matches, there was uncertainty as who would play. Three state associations initially announced there would be no fall sports in August only to reverse those decisions and allowed seasons to progress by September. Even states that have moved forward with high school soccer do so cautiously, unsure it the season will finish as planned.

Some state associations have canceled state tournaments. Some states are restricting play to only county or league schedules. Most states have reduced the number of matches and almost all states have ruled against out-of-state play. Further complicating matters, parts of some states are playing, while others are not. Factor in that every major fall season tournament that provided the barometer to gauge teams from different states has been canceled, it made the FAB 50 situation simple — there will not be enough data to assess the teams on a week-by-week basis this fall.

In most years, the FAB 50 is set up in a way that allows the top teams to continue to move up in the rankings, knowing that those teams eventually will encounter other nationally ranked opponents during the season or in the playoffs. That simply will not happen this year. In fact, the projected preseason Top 5 girls teams in New Jersey will not face each other, and that's just one of many examples.

Now, that doesn't mean there will not be a FAB 50 this fall. It simply will have a different look and feel. Instead of assigning a ranking number, teams will be grouped based on their results and talent pool. Once the season comes to an end and some reasonable assessments are possible, TDS will publish a final FAB 50. Of course, even that's subject to change if enough teams don't make it to the finish line.

Here are our TOP 5 teams in alphabetical order (with records as of Sunday, Sept. 20):

STORY OF THE WEEK

University School of Jackson (Tenn.) was no match for perennial girls state power Houston (Tenn.) in their Sept. 8 encounter.

Houston ran away with a 6-1 victory.

But that "1" was quite special.

Houston, currently 8-0, had not conceded a goal until that match — and that one goal came from the foot of USJ super sophomore Morgan English. When English converted the penalty kick, it marked the 100th high school goal for English, who still has two more years of high school soccer to follow this pandemic-limited 2020 campaign.

Now, putting the effort in context, English had the luxury of playing varsity soccer as an eighth-grader, and she responded with a 34-goal season. Last year, as a freshman, she netted 53 goals and earned TopDrawerSoccer Tennessee State Star honors. This season, she’s at 22 goals already, but USJ, currently 9-2, is starting to wind down its season.

GOING A DIFFERENT DIRECTION: St. Benedict's Prep (N.J.) would be allowed to resume high school play in October, but there’s one major issue — no one to play. School officials confirmed that the reigning FAB 50 national champs were dropped by almost all of their out-of-state opponents due to travel and hosting restrictions. Therefore, this fall, St. Benedict’s will compete as a club program, placing their varsity players in the U-23 division of the Eastern Development Program club league. The school’s varsity reserves will compete in the U19 EDP bracket and the junior varsity squad will compete as a U16 team.

ON HOLD: Pennington School (N.J.), which figured to be a preseason FAB 50 Top 25 squads, remains undecided on a high school season. Coach Chad Bridges said, like St. Benedict’s, Pennington has lost most of its schedule, which was against out-of-state teams. At this point, he was hoping the team could still play a limited high school season but figured they would not get more than eight games in total.

GETTING HER KICKS: Tennessee commit and Madison (Ohio) senior Taylor Huff topped the 100-career goal mark earlier this season. The former U.S. Under-16 National Team invitee currently has 111 goals and 76 assists. Madison is off to an 8-0-1 start to the 2020 season.