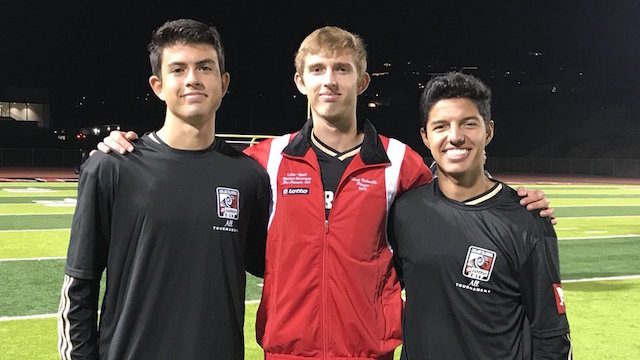 Servite (Calif.) entered the tournament as the highest ranked team -- then No. 5 in the FAB 50, and came away as the champion, handling Auburndale (Fla.) 5-0 in the final. Five teams from the event remain in this week's FAB 50, but only Servite in the Top 25 and San Clemente (Calif.) enters the rankings following a third-place finish while Watsonville is out after a seventh-place finish.

M Tristan Weber, San Clemente (Calif.), Sr., Portland: A recent U17 Residency player, Weber was the most exciting player at the event, and he always commanded attention from defenses.

D Corbin Mercado, Servite (Calif.), Sr., Loyola Marymount: One of the nation's top offensive-minded defenders. He finished with three goals while anchoring a defense that allwoed one goal in three matches.

D Austin Roberts, Buchanan (Calif.), Sr.: Roberts was among the more versatile players at the event, spending time as defender and forward.