HS: No CA means winter No. 1 is wide open 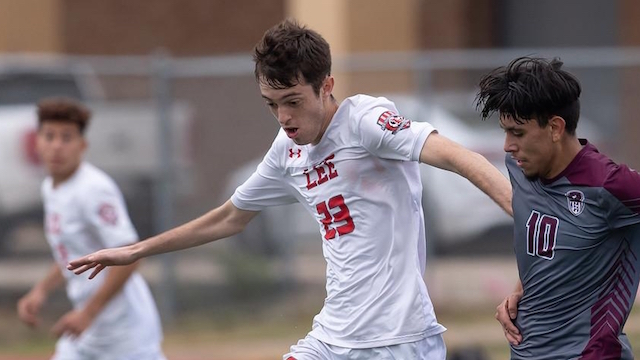 Under normal circumstances, the winter high school season is the longest of the school year — starting in early November and running into April.

Florida, Louisiana, and Mississippi have started play — for the most part. Texas UIL teams, the state's largest organization with all the public schools, and Hawaii starts regular season play this week. Arizona reduced the number of matches and hopes to start later this month. California, meanwhile, has pushed its season back to a March start. In practice, the "winter" season could run from November to June.

The California season adjustment and Hawaii eliminating playoffs this year were announcements made in the past week, which demonstrates the ever-changing high school athletic response to the pandemic.

TopDrawerSoccer plans to move forward with a modified Winter FAB 50 concept, similar to the fall season. Each week teams will be listed in groups — a Top 5, Next 5 and the next 15 — for a total of 25 teams. At the end of the season, actual ranking numbers will be assigned once play is completed. With the season change in California, those schools will not be part of the Winter FAB 50 for 2020-2021, but rather the spring. Without California, it really reduces the quality of the Winter FAB 50 as the Golden State always was good for 20-25 of the boys and 20-30 of the girls FAB 50 teams.

California or not, the Winter boys preseason No. 1 was going to be a discussion between perennial power Montverde Academy (Fla.) and San Antonio LEE. For Montverde, it comes down to the level of commitment to the high school team as this powerhouse program splits its roughly 150 players among multiple squads, saving its best high school-aged players for higher-level play outside of the high school space. When Montverde chooses, it can put a high school team on the field that is unrivaled. But lately, the school has used varsity high school opponents as the training ground for its younger players. LEE, meanwhile, was in the midst of an undefeated season and heading toward a possible rank of the nation's top public school last year when the beginning of the pandemic shut down the Texas UIL season. With a pair of Coastal Carolina commits returning - GK Joseph Batrouni and M/D Henry Bowland, LEE is the easy favorite in Texas, which is hoping to play a full schedule that includes state playoffs.

The girls side is not such an easy call minus California. In fact, the projected Top 5 Winter FAB 50 teams were all going to be from California — Harvard-Westlake, Cathedral Catholic, Los Alamitos, Chaminade and Santa Margarita. Without those squads, defending FAB 50 champion Montverde Academy (Fla.) and Texas powers Marcus, St. Agnes Academy and Prosper were expected to be ranked among the elite. Interestingly, Marcus lost to Dallas private school historical power Ursuline Academy at the National Elite Prep Showcase (NEPS). Also, St. Agnes was stunned by St. John's School, which has a loss to undefeated Episcopal. A loaded St. Agnes lineup has a chance to correct that misstep through the TAPPS playoff system.

To kick off the New Year with a new set of winter teams, here is the first stab at top teams for the winter season:

NEXT FIVE (in alphabetical order)

NEXT FIVE (in alphabetical order)