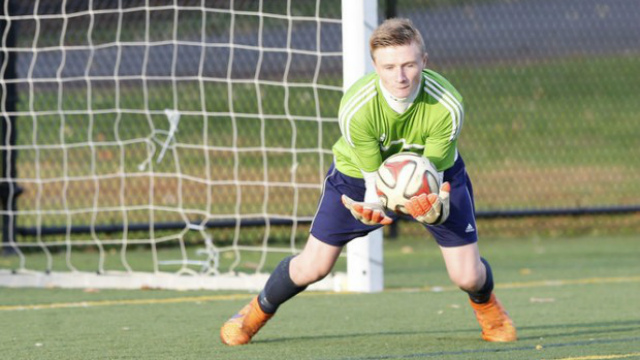 * Christian Perez, Paramount (Calif.), Sr. F: Fast and deadly best define Perez’s game. When Paramount’s expected leading scorer was sidelined this year, Perez has risen to the top of Paramount’s offense and helped the team to a runner-up finish at MAST. Perez scored three goals in an opening round victory over Pembroke Pines Charter (Fla.), and his goal in a 4-1 loss to Montverde Academy in the final allowed him to share the Golden Boot honor with Montverde’s Kizza Edward.

* Kyle Schmitt, St. Paul's (La.), Jr., GK: The past two years, St. Paul’s placed second and fourth at the MAST, yet the team actually has never won a match outright. All three times the team advanced it was thanks to shootout victories, and all three times it was Schmitt who delivered two-save efforts in the shootout. He pulled it off twice in 2016, and then last week he made two saves in an opening round match as St. Paul’s edged fellow SIMA FAB 50-ranked Gulliver Prep (Fla.). Schmitt ended up receiving the “Save of the Tournament” honor this year for his performance against Gulliver.