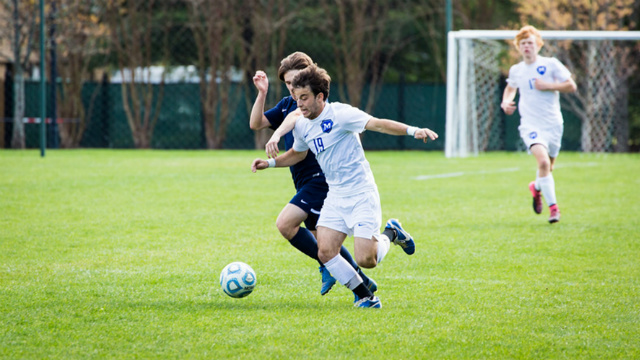 This inaugural list starts with the projected returning players who made the TopDrawerSoccer State All-Stars last school year along with any other known NCAA Division I-bound players competing this spring.

Here are six standout players to kick off the spring season:

* MF Zach Aversano, Wando (Mount Pleasant, S.C.), Sr.: Expectations are usually high at Wando, and the team is even more excited for this season. Aversano is a Wofford signee and one of 20 rostered players that played in State Cup finals in South Carolina in the current State Cup cycle. Those 20 players are spread among three age-group club teams.

* MF Irakoze Donasiyano, Roanoke Patrick Henry (Roanoke, Va.), Sr.: Donaslyano was an area player of the year last year, but since he hails from a non-metro region in Virginia flew beneath the radar when it came to the coaches all-state teams. This Virginia signee had 16 goals and six assists last season despite missing some matches due to injury.

* D Samuel Golan and F Jacob Labovitz, Langley (Va.), Sr.: Now back at Langley after a year abroad, Golan and Labovitch look to pull off a state title-winning season similar to what Washington-Lee did last year when key Academy players returned to the high school team. Golan, who has signed with William & Mary and has been part of the U.S. Under-19 player pool, played in England last year in the Barclays U18 Premier League. Labovitz is returning after a year in Spain at Marbella United.

* F Drew Viscomi, McCallie School (Chattanooga, Tenn.), Sr.: Among the most dynamic finishers in the spring season, this Northwestern signee will be tasked to lead a talented McCallie squad that could easily find itself in the running for a SIMA FAB 50 No. 1 ranking. Viscomi was a 30-goal scorer last year.