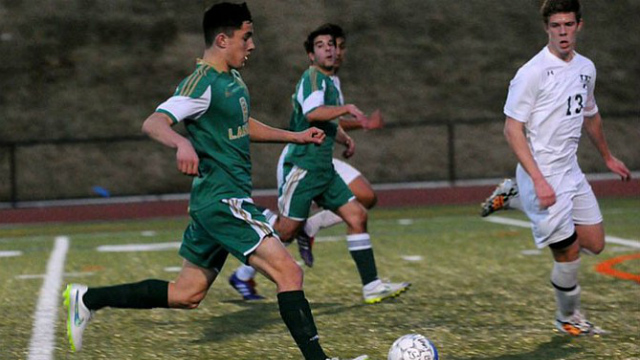 * F Gareth Greene, Wade Hampton (S.C.), Sr.: Although Wade Hampton has hit a bit of a slide late in the season (3-3 in its last six matches), the team is 16-4-1 on the season thanks in part of Greene's offense. The senior has scored a team-best 24 goals.

* F Jacob Labovitz, Langley (Va.), Sr.: Usually we prefer to honor a player only once during the season in order to spread the love, but it's hard to keep Lobovitz off the list after back-to-back hat tricks. The senior has scored 20 goals this season and set a school career goal-scoring record during the team's 8-0 win over Potomac Falls. His 56 career goals in quite a feat given he spent his junior year playing in Europe so almost all of his scoring has been done in two-plus seasons.

* Jacob Pincus, First Colonial (Va.), Sr.: Pincus had a stellar week for 7-0 First Colonial, scoring five goals and assisting on three. He had a two-goal, three-assist outing in the team's 7-0 win over Salem, and he was named 757 Soccer Man of the Match.

* Tony Saldana, Dalton (Ga.), Sr.: Saldana delivered game-winning goals in back-to-back contests last week for a 17-1 Dalton squad that is ranked among the nation's top spring teams. In the continuation of a 1-1 match with [Boyd-Buchanan tn-m] (Tenn.), Saldana scored both second-half goals en route to a 3-1 victory. He then netted the first goal and Dalton never trailed in a regular season-ending win over Cross Keys.