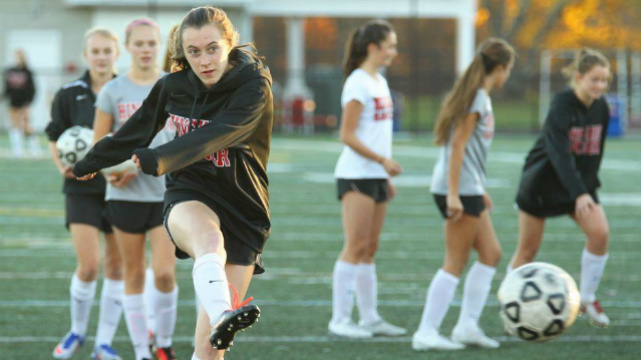 * Eve Hewins and Caroline Harkins, Hingham (Mass.), F: It’s hard to mention one Hingham forward without the other for their accomplishments this past fall. Hewins, a senior and Princeton commit, was selected as the Boston Globe Division 2 Player of the Year after scoring 38 goals. Harkins, a junior, had 25 goals and 19 assists and made the Boston Globe All-Scholastic team.

* Juliana Lynch, Sparrows Point (Md.), So., F: Lynch plays for a small school with big-time success. She had 18 goals and 12 assists this past season, helping the Pointers to a fourth straight state title where she scored both goals in a 2-1 victory. Lynch has committed to national power West Virginia. She was a Baltimore Sun All-Metro first team pick, and has 30 goals and 20 assists in 34 career matches.