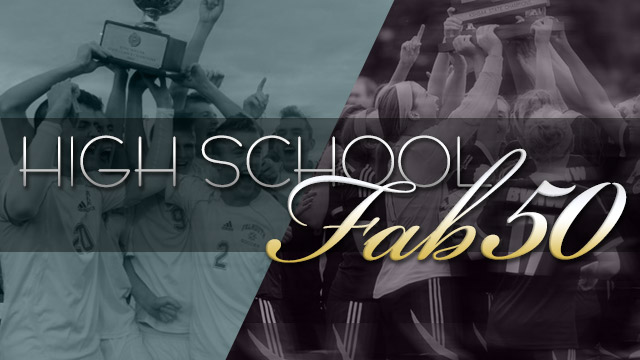 The absence of California from this winter’s FAB 50 rankings leaves a noticeable void, but it likely would not have changed the teams at No. 1.

Traditionally, there are only seven winter-season high school-playing states — but three major states in California, Florida, and Texas. California tends to dominate the FAB 50 rankings with upwards of 20-30 of the top 50 teams in each of the boys and girls rankings. This past winter, California opted not to play, pushing its season to the spring, and thus those schools will be eligible for the spring FAB 50. Hawaii did not play, either. Arizona, Florida, Louisiana, Mississippi, and Texas moved forward with seasons as planned, but even those states experienced delays and/or stops and starts. But they all reached the finish line. Without California in the ranking mix, several more Florida and Texas teams filled out the FAB 50.

The 2020-2021 winter season was contested without the usual run of regional and national showcases, which are the events that really shape the rankings. Without those crossover results this season, more emphasis was placed on the quality of results and individuals.

San Antonio LEE, the preseason No. 1 team, pinned the only losses on the records of FAB 50 No. 2 Lake Travis, No. 6 Schertz Clemens, and No. 22 Boerne, bolstering its strength of schedule. In addition, LEE defeated No. 9 Rockwall-Heath 2-0 in the state final where match MVP Henry Bowland had a goal and one assist and keeper Joseph Batrouni recorded the shutout. Both players have signed with NCAA Division I Coastal Carolina.

After LEE, Lake Travis, Texas 5A champ Wakeland, Arizona 6A champ Brophy Prep and Arizona 6A runner-up San Luis rounded out the Top 5.

Every starting senior for Flower Mound has signed with NCAA Division I programs, and seven of the 11 starters play for club teams that are ranked in the national Top 10. In addition, Flower Mound handed No. 2 Prosper and No. 5 Ursuline their only losses of the season. Flower Mound also defeated No. 6 Vandegrift (Texas) 2-0 in the state final behind a pair of goals by Kansas State signee Riley Baker. Prosper, which fell to Flower Mound in overtime during the regional tournament, was an obvious No. 2 with a lineup featuring players committed or signed with Texas A&M, Texas Tech, Florida, Tulsa, and two to Oklahoma, among others.

St. Johns Country Day rolled to a 10th straight state title in Florida’s small-school bracket but had a lineup where nine players are committed or signed with Division I programs, highlighted by Texas Christian signee Paige Crews. The Spartans and No. 4 Montverde Academy both with lengthy win streaks also both posted one-goal wins over FAB 50 No. 9 Bartram Trail.