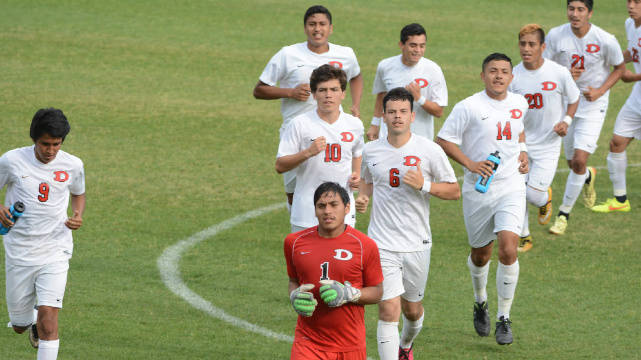 GATLINBURG, Tenn. — It's possible that the nation's No. 1 spring boys soccer team will be determined at a three-day tournament in the Smoky Mountain region of Tennessee.

At the very least, national titles hopes will be dashed for many.

Six current SIMA FAB 50 teams and three other regionally ranked teams will be participating in this year's Smoky Mountain Cup, a 64-team event that almost overnight vaulted into the national spring limelight.

Norman North, Dalton, J.L. Mann and No. 37 McCallie School (Chattanooga, Tenn.) will go head-to-head as part of the Clingman's Dome Division. Omaha South will be favored in the four-team Mount Guyout Division, which features Fort Payne (Ala.), which recently tied Dalton. No. 50 Mauldin (S.C.) will be favored in the Mount Chapman Division. The divisions are named after the highest points in the Smoky Mountains, with the Clingman’s Dome Division being the highest peak.

The event started in 2014 as a small tournament of Tennessee Valley schools. Last year, it expanded to 40 schools from three states and this year 64 teams from seven of the 13 spring-playing states have registered.

“We wanted to build something special,” said Zach Schrandt, to runs the event. “It was a ton of work. … We saw a lot of other (spring high school) tournaments had one or two really good teams, but that was about it. I felt if we could get one or two of the top teams, others will follow – and that’s what happened.”