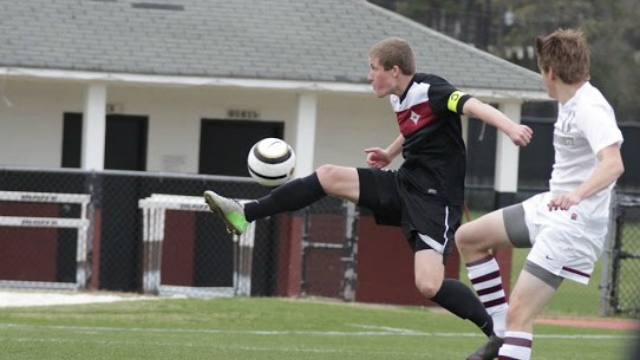 Expect quite a few changes next Tuesday when the first of the weekly SIMA FAB 50 spring rankings are released.

Most spring-playing states have yet to start regular season play, but the couple who have greatly influence the rankings.

Already the SIMA FAB 50 boys preseason No. 1, 2, 4 and 5 teams have blemishes on the record, and the girls preseason No. 4 team was routed by the No. 9 team.

Here’s a quick trip around the early spring happenings:

Wando has spent time at No. 1 in just about every year since 2010, and it was J.L. Mann who ended Wando’s bids for lofty national rankings with state final wins in 2012 and last season.

This season, Wando started the year at No. 15, but seems likely to climb after a 5-0 start and a win over preseason state No. 1 J.L. Mann.

TAKE NOTICE: Alabama historically has played second fiddle to Georgia, and even Tennessee, when it comes to high school spring soccer. But this year might be different.

Preseason SIMA FAB 50 No. 1 Dalton (Ga.) was held to a draw by [Ft. Payne al-m] (Ala.), a team that has a loss to Cullman (Ala.). Cullman, meanwhile, tied Oak Mountain (Birmingham, Ala.), the undisputed top team in Alabama in the early going of the 2016 season. In addition, Vestavia Hills (Ala.) defeated Greater Atlanta Christian (Norcross, Ga.), which had a victory over preseason No. 4 and last year’s SIMA FAB 50 No. 1 team [St. Pius ga-m] (Atlanta, Ga.).

A few obvious factors are coming into play. Although Georgia holds a distinct soccer advantage in terms of volume of players and size of schools, most of the state’s elite players are focusing year-round in club soccer. Alabama does not have that distraction as the state’s best, most of them in the greater Birmingham area, tend to congregate at a handful of schools and are eligible to play high school soccer.

The victory should line up St. Pius for a run at No. 1. If the perennial Georgia power finishes atop the rankings in 2016 it would join rare company. Since the start of the FAB 50s in 1999, only three schools have claimed boys and girls national titles: Broughton (Raleigh, N.C.), Coppell (Texas) and McDonogh School (Owings Mills, Md.).

SHUFFLING THE DECK: J.L. Mann (Greenville, S.C.), the preseason top team in South Carolina, lost 1-0 to Academic Magnet (North Charleston, S.C.), the preseason No. 3 squad. However, that wins is the lone one for Academic Magnet, which tied winless Nation Ford (Fort Mill, S.C.) and lost to Lexington (S.C.). It all adds up to leave Wando (Mount Pleasant, S.C.) as a likely No. 1 team if it survives the week ahead.

MAKING NOISE: [Pioneer ca-w] (Woodland, Calif.), a program that has had losing seasons five of the last six years, is off to a 4-0-2 start, which includes a stunning win over perennial section title challenger St. Francis (Sacramento, Calif.) and a draw with Davis (Calif.). In fact, the team’s February run matched the program’s full season win totals in 2011, 2012, 2013 and 2014.