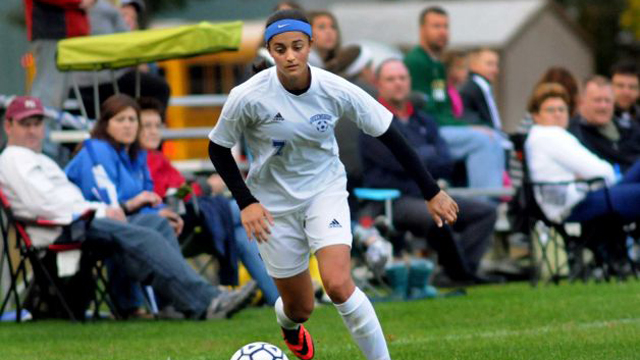 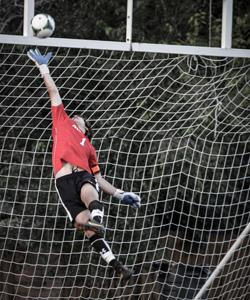 Last week, Colorado Academy wrapped up a second consecutive Colorado Class 3A state title with Thomas between the pipes. The 4-2 victory over The Classical Academy put a bow on Colorado Academy’s 38-0-2 combined run over the past two seasons. Thomas, the senior captain, started all of those games and has been an integral piece of the team’s championship puzzle. Thomas compiled a state-best goals against average that hovered around .100 and recorded 17 shutouts this season. Thomas saved his best for last, as he helped the Mustangs to shutouts in each of their first four playoff games en route to an eventual state championship repeat.

LaPlant, a recent Rutgers commit, just put the finishing touches on the most prolific season for a high school girls soccer player in New York state history. On a team level, she was the focal point for 17-win Queensbury’s run to the Section II Class A state semifinals before it was halted by Cobleskill in penalties. On an individual level, LaPlant was unstoppable on a historic level. She snapped the state record with 73 goals in 18 games this season, including two in the loss that ended the team’s season. That ballooned her career tally to 147 goals before she’s hit her junior year. The girls state record for goals in a career is 208.

The NSCAA/TopDrawerSoccer.com High School Player of the Week honor is designed to highlight a selection of the nation's rising stars populating the high school ranks. Coaches are free to nominate a boys or girls player each week through our submission form that can be found here. The selection process will take into account a slew of factors from contribution to team results to individual accolades. Honorees are announced each Wednesday.

The next submission deadline will be noon (CT) on Nov. 18 before the Player of the Week announcement on Nov. 20.

Founded in 1941 and based in Kansas City, Kan., the National Soccer Coaches Association of America (NSCAA) is a non-profit organization with a mission to educate coaches, encourage excellence and serve the soccer community.

The NSCAA is the world’s largest soccer coaches’ organization with members at every level of the game. The membership is primarily made up of coaches, but also includes administrators, referees and others in the soccer industry. The NSCAA provides its members ways to enhance the game of soccer by providing a national education program, interaction and networking opportunities, and membership benefits.

For more information about the National Soccer Coaches Association of America, visit NSCAA.com.