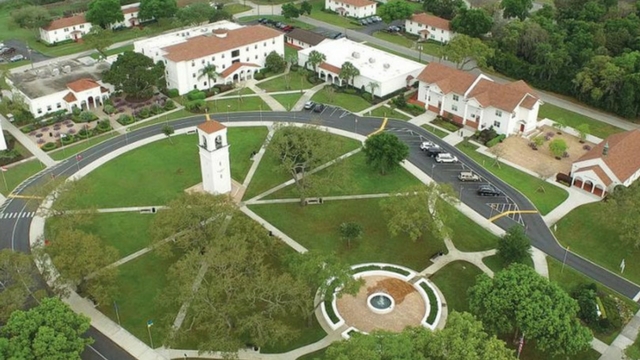 ORLANDO, Fla. — Orlando City SC will partner with the Soccer Institute at Montverde Academy (S.I.M.A) and combine synergies in an effort to lead the U15, U17 and U19 US Soccer Development Academy programs in a new direction on the campus of Montverde Academy.

The formal announcement of the new residential academy was made Tuesday morning by Orlando City SC.

"The club has decided to strategically invest in a new youth developmental concept with Montverde Academy as we feel that a focus on the entire person and the athlete is what is needed in order to produce home-grown players organically from our youth system," Orlando City CEO Alex Leitao said in a press release.

The move is the latest is a series of calculated steps by Montverde Academy to reinvent youth player development in the U.S. S.I.M.A. will manage and operate Orlando City's Devlopment Academy boys teams, which will use Montverde Academy as its home base. The move will take place by the end of this month.

"We are extremely excited about this new partnership with Orlando City SC because of what we feel we can accomplish by uniting our resources and expertise together," added S.I.M.A. Director Mike Potempa. "I truly believe that a holistic approach to youth development is what is needed in this country to succeed at the highest levels of the game. Our residential capability will now allow us to implement a domestic scouting network to attract the best youth talent throughout the United States to Montverde Academy for a world-class education in the classroom and superior training environment with our technical staff. In my opinion, this is the ideal model of youth soccer development necessary to make a major global impact."

Potempa, a former US Youth National Team member and Clemson All-American player, arrived at Montverde Academy in 2010 and instantly laid the groundwork for a powerhouse high school program under the S.I.M.A name. Montverde Academy’s varsity high school team has not lost a game during Potempa’s tenure, a streak that is pushing 170 consecutive matches. Montverde Academy has won the last five and six of the past seven FAB 50 national titles. During that time, more than 150 student-athletes have earned college scholarships. The S.I.M.A. program has developed 17 players who have signed professional contracts at age 18 after graduating from Montverde. The school has placed professional players in MLS, USL, Europe, South America and Central America.

To complement the partnership between the Orlando City US Developmental Academy and S.I.M.A, an additional investment will be made in soccer-specific development opportunities for boys and girls ages 3-12 on the campus of Montverde Academy beginning next month. In an effort to remove all barriers preventing youngsters from participating in soccer, the program will be offered free of charge to the public and open to boys and girls throughout the Orlando area. A technical staff of professional coaches who specialize in early childhood soccer specific development will be utilized to instruct local talents who demonstrate an earnest desire and commitment to the sport of soccer.

"This is an extremely important age range when we talk about effective youth development and one I personally feel needs much more attention in this country," Potempa said. "There is a small window for players to learn proper coordination movements, motor skills, and the appropriate technical skills necessary to play at the highest levels of soccer and these age groups are vital to long term player development."

The early childhood program will take place on the Cruyff Court – Montverde Academy, which is the first-of-its-kind in the United States. It will serve as yet another community youth initiative to carry out the mission of the Johan Cruyff Foundation that believes in "Every child deserving a healthy future moving up by being active."

Montverde Academy now will offer free professional-level training for local players ages 3-12, the S.I.M.A. program for ages 13-19 (for Americans and internationals, which includes the high school team), the Orlando City DA for U15, U17, U19 for Americans and internationals over age 18 -- with residency options -- and the PDL team for teen through college-age players.

"With this groundbreaking partnership through education and sport, we feel as though we will be in a position to provide a revolutionary developmental model, while offering a residential academic component at Montverde Academy in the hopes of producing responsible, educated, and talented players who eventually might debut for our first team," Leitao said. "The future is extremely bright for Orlando City."