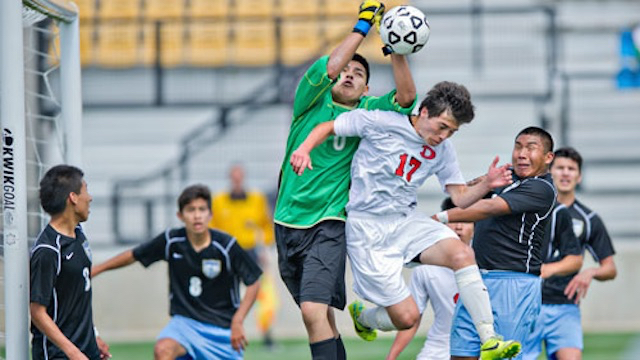 Finding a more dominant team than Dalton over the last two seasons anywhere in the country isn’t easy. The Catamounts were 44-0-1 through the 2013 and 2014 seasons, and their 15-0 start to 2015 hasn’t slowed the momentum. They have a ways to go before reaching Gilford’s all-time boys record of 133 consecutive games without a loss, but the streak continues. Perez has been an integral part of that success this season, and last week he scored twice and assisted on a third in Dalton’s smashing 6-0 win over previously ranked SIMA FAB 50 side Riverwood. That win gifted the Catamounts another district title.

Last season, ThunderRidge entered the postseason as a long-shot No. 21 seed in the Class 5A tournament. While their odyssey didn’t last longer than the second round, they got in a 2-1 upset win over No. 12 Legacy. A goal from Kayla Hill helped spark the win. Now a senior headed to TCU next season, Hill’s doing her best to leave an even bigger mark. Last week, Hill scored a goal and provided five assists to lead the Grizzlies to three victories. Her one goal was a biggie: it was the match-winner in a 1-0 victory over Regis Jesuit. As the Colorado postseason approaches, ThunderRidge will look to one-up its performance from 2014 with Hill leading the charge.