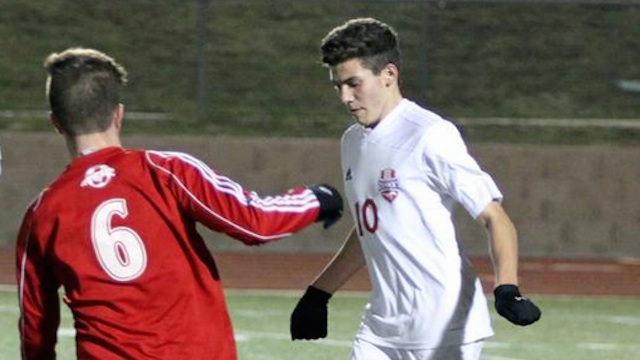 Sahinkaya is no stranger to high level soccer. The junior left a captaincy with the Development Academy’s Dallas Texans behind to focus on high school ball for Grapevine. As the No. 126 player in the IMG Top 150 class of 2016, he’s one of the highest-ranked high school players in the nation. The center mid is thriving in his junior season at Grapevine, and his recent run of form is one of the best of his career. He has seven goals in Grapevine’s last three district matches, including a hat trick in the last of those last week. That brought his tally up to 12 goals for the season as he continues to march toward a college commitment a number of top colleges are no doubt chasing.

The Laguna Blanca girls have been on fire this season, and through last week their 7-2-4 record was good enough to carry them to the No. 1 spot in the Condor League. Nobody’s been more instrumental in that spurt than surprise package Kelly Bickett, a freshman who’s scoring prowess delves well beyond her years. Last week, she broke a school record by putting in five goals in a single match. She also registered three assists in a 9-0 blowout win over Midland. Bickett’s helped Laguna Blanca to a 6-0-1 record in league play with a stunning goal differential of 64-0.