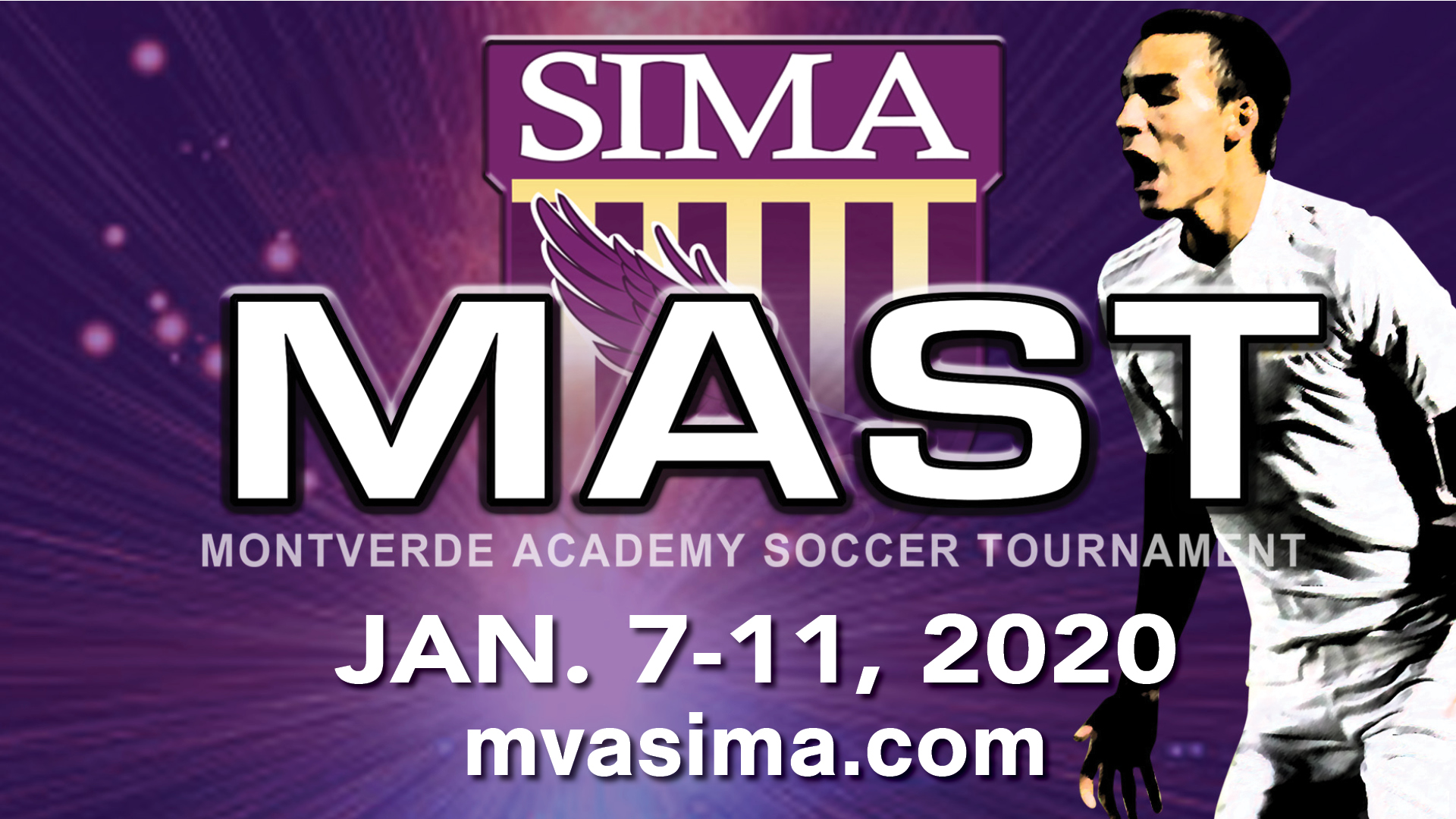 "Without a doubt, this will be the most competitive MAST we have ever had in my 10 years at the Academy," said SIMA Director Mike Potempa.

The 2020 MAST will once again return to its original format featuring a High School group and a Super Group, each participating in their own tournament brackets throughout the week.

The MAST High School group has been solidified with eight teams competing Wednesday through Saturday featuring teams from Maryland, Florida, Canada, Germany, and Brazil. This group with also include Montverde Academy, which will showcase the very best talents from the SIMA Program.  According to Potempa, "This is the first time that the MAST will have teams from other countries and the US Development Academy. We are looking forward to an extremely competitive field."

The MAST Super Group will showcase four teams playing matches from Tuesday through Saturday. Featured teams in this group are from Spain, Brazil and Texas, not to mention SIMA GOLD Elite who will compete as the fourth and final team to complete the field. "To be able to host teams such as Valencia, FC Dallas, and Esporte Clube Jacuipense on the campus of Montverde Academy is very special," Potempa said. "We are a program completely dedicated to the overall development of our student-athletes and we look forward to participating against the strongest competition possible. It will be a tremendous event for all to enjoy."

All matches will be held on the campus of Montverde Academy at the Montverde Academy Athletic Complex. Tickets for the event can be purchased at the gate for $5 each with tournament-long tickets available as well. Tournament sponsorships are available for anyone interested in VIP Parking, Sponsorship Tent access, or tournament advertising.

The MAST has a rich history dating back to its inception in 2012 when Montverde Academy was victorious over American Heritage-Delray. With strong competition arriving each year, the MAST continues to be a tournament competition for elite programs around the world. For several years, the MAST partnered with the Florida Cup to present the FC MAST, which featured U17 and U19 age brackets in conjunction with top level professional teams from around the world on display in the State of Florida. In 2020, the MAST returns to its original tournament format of elite-level high school soccer combined with an International Super Group.

"The MAST is a great tournament," said MLS Chicago Fire midfielder/defender Diego Campos. "Coach Mike and Dr. Kesselring make an effort of bringing in the best teams they can possibly find, so it is always an honor to represent Montverde Academy and to play for SIMA in such a great tournament."

The tournament will be held in round-robin format with the top teams advancing to a single-elimination round with the final match held on Saturday, Jan. 11. Both High School and Super Group brackets will have their own Championship matches.