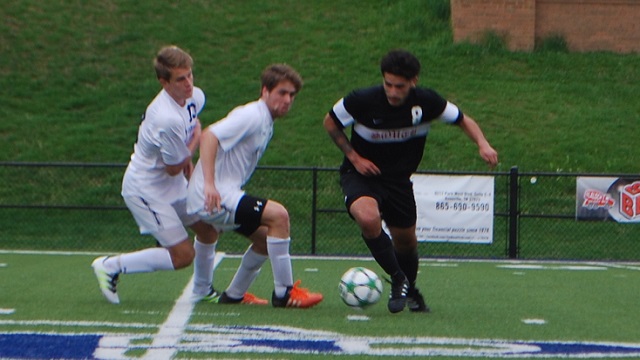 Event organizers may attempt to live stream the McCallie-Dalton match.

The overview of the top four brackets, involving 20 of the 64 participating teams, is showing off the quality of Georgia soccer. Three Georgia teams are a combined 5-0 through Friday. Nebraska’s lone rep is 1-0. The three Alabama teams are 3-1, followed by the eight Tennessee teams at 4-6, three Oklahoma teams at 1-5 and two South Carolina programs at 0-2.

Dalton and McCallie took the drama out of their matches rather early.

Dalton’s Jose Boyzo (assisted by Justen Macias) and Cristian Valladares (assisted by Omar Hernandez) gave Dalton a 2-0 lead midway through the first half. Jimmy Cano capped the scoring early in the second half.

After falling behind 1-0 on a goal by J.L. Mann’s Quinn McNeill, McCallie answered with four goals – three by Drew Viscomi and one from Andre Roberts.

(Note, top performers were taken only from matches watched by TopDrawerSoccer staffers. Other players will be acknowledged in the post-event all-star teams.)

Austin Bihlmeyer, Farragut, Jr., D: The junior defender plays outside back, but finds a way to get involved in the offense. He scored one of Farragut’s goals in a 2-2 match that went to penalty kicks.

Alvaro Elizarraga, Omaha South, Sr., M: In a team that really like to push forward, Elizarraga was the most dangerous. He pretty much controlled play in the midfield in what ended up being a shootout win over Farragut. For good measure, he converted his penalty kick, which was clutch at the time to give the team a 4-2 lead.

Isai Hernandez, Dalton, Sr., M: The Tusculum commit was a physical presence in the midfield – at times, too physical. But he was clearly one of the best players on the field and he created a lot of problems for Norman North, both when he was attacking and defending.

Churrui Huitanda, Dalton, Jr., F: Huitanda seemed to be in the middle of a lot of Dalton offensive attacks. He works well in tight spaces and is able to get off a powerful shot without much room.

Justin Macias, Dalton, Sr., F/M: Macias was a dangerous player on the left wing, and delivered a perfect pass that resulted in the team’s first goal in the win over Norman North. Macias has signed with Georgia Southern.

Quinn McNeill, J.L. Mann, Jr., M: McNeill scored the first goal to put J.L. Mann ahead of McCallie, but it was the last goal for the team in a 4-1 loss. Still, McNeill showed he can control the offense and is hard to mark. Stanford, Clemson, Wake Forest and Notre Dame have all expressed interest in the junior.

Drew Viscomi, McCallie School, Jr., F: Viscomi finds himself on the list for the second straight day, this time for a three-goal, one-assist performance in a 4-1 win over J.L. Mann.