Spring HS teams to watch in ’14 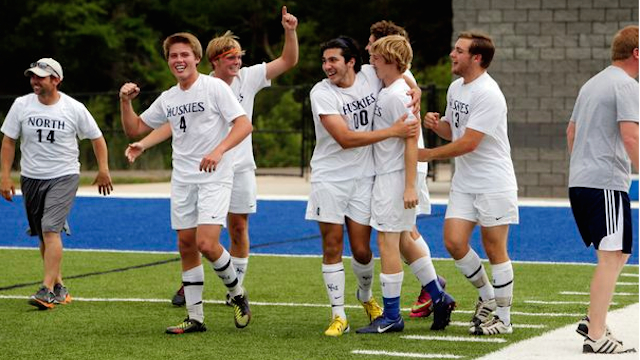 The spring campaign represents high school’s last foray into the already action-packed 2013-2014 season. As the northern states begin to thaw from winter’s chill, 20 states take part in the final third of the season. That includes both the sparsely populated (Alaska, North Dakota) as well as the hubs of civilization (Virginia, California).

Here’s a closer look at 10 high school sides to watch this spring as the final leg of the 2013-2014 season gets underway for both boys and girls.

Edmond North (Edmond, Okla.): North, which is coming off a 15-2 campaign, is continually one of Oklahoma’s best sides, and that won’t change this year. As the top-ranked team in the state, Edmond North topped Norman North to win the state’s largest classification for the second time since 2004. The improbability in that surrounded the inclusion of Norman North’s Mauro Cichero, the 2013 state Gatorade Player of the Year who returns this season for his senior campaign.

McIntosh (Peachtree City, Ga.): As the wire-to-wire state champion in Georgia’s AAAAA classification in 2013, McIntosh is already 8-0-0 with a  couple impressive wins under the belt. The team beat Houston County to complete a 23-0-0 season last year for its fourth state title, and there are enough players returning from that deep team to make this arguably the best team in the entire state.

Thomas Jefferson (Auburn, Wash.): The question with this side is whether or not anyone can stop the inimitable Isidro Prado-Huerta. The reigning Washington State Soccer Coaches Association boys player of the year is an incredibly prolific forward, and the Oregon State commit enters his senior season flanked by a bounty of talent elsewhere. After an unbeaten 2013 and an eighth 4A state title, this looks again like a freight train.

Wando (Mount Pleasant, S.C.): The 2014 season is already off to a bang-up start for Wando, which is 4-0-1 and sports a win over a nationally-ranked J.L. Mann side that had shut out all seven of its other opponents this season. Those two teams have locked horns before, notably in the 2012 4A state title game, which J.L. Mann won. Wando is already off to a solid head start in that regard.

Oakton (Vienna, Va.): Talk about motivation. Oakton was dominant in 2013, compiling an 18-0-0 record until a shock 1-0 loss to Cosby in the AAA state semifinals ended the year prematurely. Oakton had won its first Northern Region championship since 1999, but the state title wasn’t to be. The team opens its 2014 account next week with a reloaded roster. Oakton returns last year’s top two leading scorers in Ben Cisse and Armand Jeffris, while second-team All-Met defender Jimmy Jameson is also back.

St. Dominic (O’Fallon, Mo.): The St. Dominic girls have some enormous shoes to fill this spring. The school’s boys team romped to an undefeated Class 2 state championship in November, the fifth state title for the boys team and the only boys program to go back-to-back in state history. The girls team is no slouch; it won its second straight title last year and returns heaps of talent, including senior keeper Megan Swanson. The team starts play later this month.

Neuqua Valley (Naperville, Ill.): Is this the best girls high school team in the nation? There are coherent arguments to be made. Kate Ciesiulka (Marquette), Kelly Keckler (Western Illinois), Talise Romain (Florida) and Olivia Schmitt (Illinois) all return for their senior seasons, which represents a terrifying arsenal of weaponry the state will be hard-pressed to derail. Still, this program has only won one state title, which came in 2005. Can they make it two nine years later?

Mountain Vista (Highlands Ranch, Colo.): While the Colorado boys season wrapped up in the fall, the girls are just getting started with their spring season. Nobody comes prepackaged with more expectation than Mountain Vista, which won its second 5A state title in three years in 2013. All eyes will be on sophomore phenom and YNT vet Mallory Pugh, who scored 10 goals and had three assists as arguably the nation’s best freshman last year.

Deep Run (Glen Allen, Va.): After a 22-0-1 campaign in 2013 that yielded a AAA state title, Deep Run appears poised to do it again in 2014. The nexus of the talented team’s ability to repeat falls largely on the shoulders of forward Elizabeth Ball, a Penn State commit who’s unquestionably one of the best senior DI forward prospects in the nation. She scored both of Deep Run’s goals in the 2-1 title-clinching win over Battlefield last June.

Bishop Kelley (Tulsa, Okla.): Bishop Kelley was an Oklahoma dynasty in 4A and 5A before being bumped up to Class 6A, the state’s largest classification, for the 2011-2012 season. The team still won state for its 13th title in 14 years. It repeated the feat last year with an OT win over Jenks for its 14th, and there will be some surprise if it doesn’t happen again in 2014. The program, which competes against much larger 6A schools, has now won seven 4A titles, five 5A titles and two 6A titles since 2000.