Who is high school's next Jack Harrison? 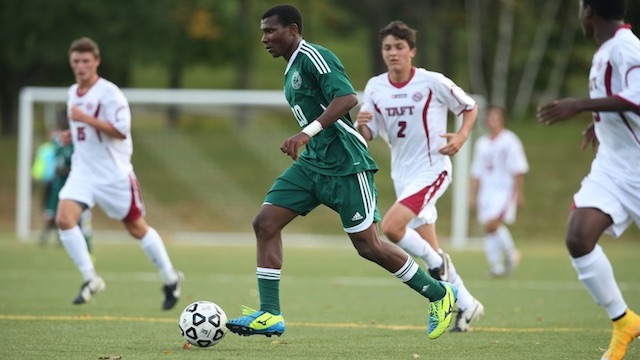 Within 15 months, Jack Harrison went from high school soccer player to No. 1 pick in the 2016 MLS SuperDraft.

Who will be the next player to go from virtual unknown to superstar status?

TopDrawerSoccer offers this list of high school seniors who figure to be impact players as college freshmen. The caveat — these are not Development Academy players. Instead, they played high school soccer and for local club teams or school-based clubs.

Who knows? One of these guys might end up in MLS after a year of college — like Harrison, who kicked off a run of the top three picks in the 2016 SuperDraft who all where non-Academy high school stars before going on to outstanding college careers.

1. Ifunanyachi Achara, Forward, Berkshire School (Mass.), Chicago Magic PSG, Georgetown
The Profile: Big, strong, fast and technical. He can beat defenders on the dribble or on the turn.
Interesting Note: Achara scored a pair of goals against FC Dallas 98 Premier in group play that helped Chicago Magic PSG to a US Youth Soccer U15 national title last summer.

2. Esteban Calvo, Defender, Montverde Academy (Fla.), SIMA, Undecided
The Profile: Physically and mentally mature beyond his age. Technically sound and possesses great speed for a defender of his size.
Interesting Note: Holds offers from more than 20 schools. Anchored a Montverde defense that allowed only three goals in a 19-match season.

3. Bruno Lapa, Midfielder, Montverde Academy (Fla.), SIMA, Wake Forest
The Profile: Has a professional mentality and an advanced level of understanding of the game. He is very good going forward.
Interesting Note: Montverde Academy was 40-0 with Lapa on the field the past two seasons.

4. Michael DeShields, Defender, McDonogh School (Md.), Baltimore Celtic, Wake Forest
The Profile: Physically mature and capable of influencing an outcome from a defensive position.
Interesting Note: DeShields, then a sophomore, scored a last-second overtime goal that gave McDonogh the MIAA A title and the FAB 50 crown in 2014.