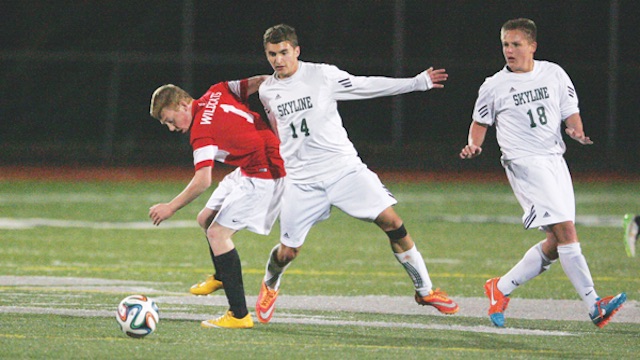 Archbishop Murphy still hasn’t lost this year. One of the top boys programs in the Puget Sound area moved six spots up to No. 24  in this weeks SIMA FAB 50 spring poll on the back of a pair of wins guided by Williams’ searching foot. Williams scored four goals last week, including two in the decisive match against Cedar Park Christian that won the Wildcats the Cascade Conference title and a No. 2 overall seed in the district playoffs. In that match, Williams scored the first of his goals within the opening 120 seconds. Archbishop Murphy will march forward this postseason with one of the state’s most in-form midfielders in Williams.

The idea of Pugh suiting up for her high school is never a given, considering her ECNL and national team commitments. When she does, you can almost hear the trepidation in the other locker room. The nation’s top 2016 recruit is ripping through opponents as a junior, and she turned her gaze to previously unbeaten state No. 1 ThunderRidge last week with predictable results. She scored twice and assisted on a third to lead Mountain Vista to a 4-1 win in the team’s only match last week. The performance lifted Mountain Vista to a 13th consecutive win, and if Pugh’s calendar stays even moderately clear this month, Colorado has an easy state title frontrunner.