Patience pays off for Top 100 commit 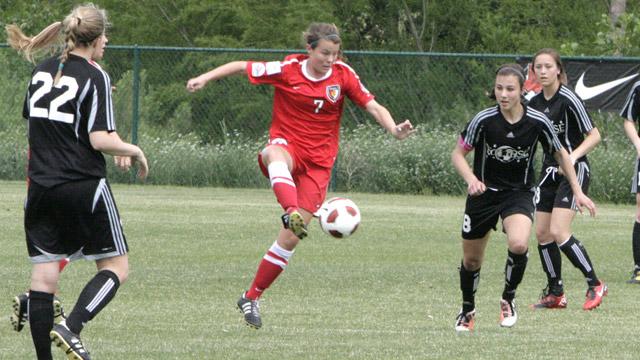 Believe it or not, Julia Dyche was one of the last players on her Dallas Texans team to commit to a college.

It’s surprising not only because she’s only a 2013 graduate and has plenty of time to finalize a decision – as do her teammates - but because, well … because she’s Julia Dyche.

Ranked No. 71 on our Top 100 List, Dyche is a premier prospect and had more than her share of college offers. I guess maybe when you have so many options choosing a school is a tougher process. 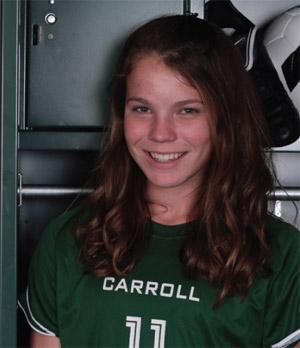 Julia Dyche
At any rate, she chose Texas, a decision she feels was well worth the wait.

“Texas is the whole package. The most important thing is the quality of the academics there and the culture of the school, the Longhorn spirit, really excites me,” Dyche said. “From a soccer perspective, it’s a perfect fit and the talent that’s already there and coming in the next couple of years is really exciting.”

In Dyche, the Longhorns will be getting a fast attacking player who strikes the ball with especially good accuracy, both in shooting from set pieces and in serving. She gets herself in good goal-scoring position regularly and is always a threat.

I guess we can also add patience to her list of attributes. She waited longer than most of her teammates to commit and now she’s relieved to be done with the process.

“It was stressful making a decision this big at 16,” she said. “Our coach, Ryan Higginbotham, does a really great job of explaining the process to us and communicating with us and the coaches, and that made the process easier.”

In other news: Lauren Kaskie has announced that she has verbally committed to UCLA  for the 2013 season. Kaskie is No. 8 in the Top 100 and a regular in the U.S. Youth National program. She’s a very big talent and is expected to be an instant impact player when she makes her way to the Bruins’ campus.

Meghan MacDonald (PDA) has verbally committed to Boston College for the 2012 season. The No. 64 ranked player in our Top 100, MacDonald is a strong defender who has consistently excelled against top competition. She should make a seamless transition to the college game.

Alison Holland (Michigan Hawks) has verbally committed to Memphis for the 2013 season.

Olivia Max (Ohio Elite) has verbally committed to Dayton for the 2012 season.

Samantha Trenary has verbally committed to USC for the 2013 season. Trenary is ranked No. 18 in the Southern California region.