Did US WNT convince you in Olympics opener? 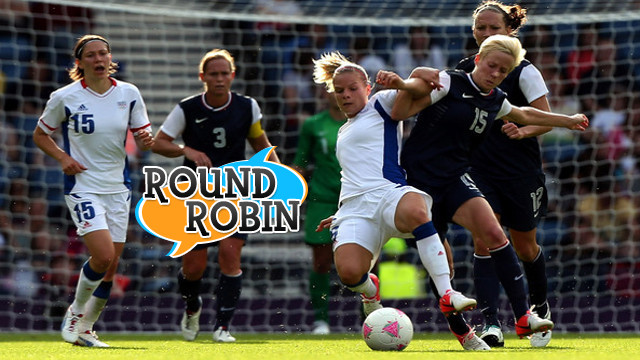 After a 4-2 win over France in the opening game of the London Olympics, the U.S. Women’s National Team is again starting to garner some national media attention. The team fell behind 2-0 in the opening minutes of the game before storming back. Our question: Did the performance of the USA Women comfort you or give you some anxiety about their bid to win a third consecutive gold medal. 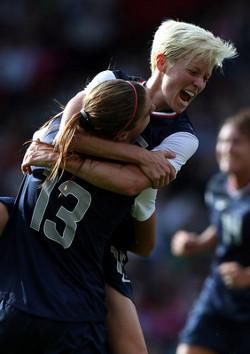 Robert Ziegler: I am still tabbing them as the gold medal winner, but we said earlier that there would be some good teams to overcome at this competition, and France is one of them. The way the U.S got taken apart on the goals reminds that the back line poses most of the question marks on this team. The slow start may have to do with the funereal atmosphere in Glasgow, where an announced crowd of 15,000 included many disguised as empty seats. It has been reported that more twice that number of free tickets were distributed, but apparently potential spectators were waiting for the weekend’s big League Cup match between Rangers and Brechin. So the USA result is a bit of a warning flag, but nothing to get overly concerned about.

J.R. Eskilson: The win over France did not change any perception from me for the U.S. WNT. Before the tournament, the defense looked like the weak link and it was in the opener. To France's credit, those were two quality goals. U.S. showed it played at a much higher level (Route One to Abby's head) for the rest of the outing and had little trouble dispatching of the opening opponent. If that was supposed to be the sixth best team in the world, according to FIFA rankings, I feel pretty secure about how easy it was for Alex Morgan and co. to score at will. Three points is three points - onto the next one.

Caroline Yort:  I was emailing Rob on Wednesday to say that the U.S. WNT was overrated (by us) and didn't even finish with the email when Wambach scored that header.  If I remember correctly, the end of the email was, "Nevermind....Go USA!"    What I particularly liked about Wambach's goal was her "Let's go!" when the team was congratulating her.  No smile, no sense of personal satisfaction.  It looked like she was really in it for the team, and that bodes well for the USA in the rest of the tournament. I think the U.S. got quite a wake-up call in the first few minutes Wednesday, but for the next 75 they showed the world who is boss.

And finally, my player of the match was not Wambach, but Megan Rapinoe, who was outstanding the entire 90 minutes.

Travis Clark: Considering that I was the only dissenter among the group who thought the U.S. wouldn't win gold, the opening game only reinforced my thoughts that the U.S. women might not snag the gold. Defensively, the team was all over the shop, and things will need to be much tighter at the back in order to secure the needed wins later on in the competition.

Of course, the converse point is that the team demonstrated that it has the proper firepower needed that defensive shortcomings won't be a problem. I still could see Japan getting the better of them, somewhere down the line, but we'll see.

Robert Ziegler’s Final Word: Looks like we’ll all be looking forward to seeing the USA match vs. Colombia on Saturday. Go USA.