Should teams lose to help themselves win? 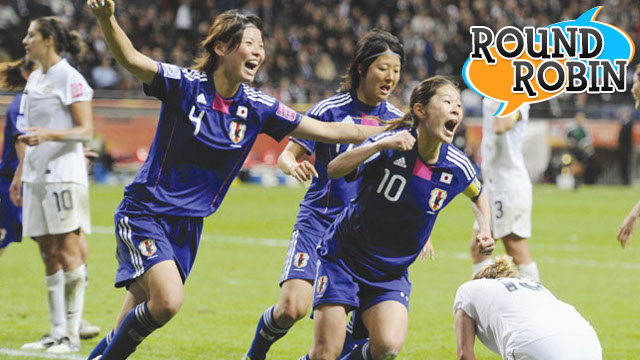 The Badminton World Federation disqualified four doubles pairs from the Olympic Games Wednesday, for deliberately trying to lose a match in order to gain a more favorable position in the knockout rounds. The Federation disqualified two teams from South Korea and one each from China and Indonesia for "not using one's best efforts to win a match" and "conducting oneself in a manner that is clearly abusive or detrimental to the sport" in matches Tuesday night.

On the same day, of the badminton tanked matches, the Japan Women’s National Team soccer coach told his team not to score against South Africa, typically a weaker opponent, in order to finish in the group stage position where it would not have to travel for its quarterfinal match, but instead stay in Cardiff where Tuesday’s match was played. The result was a scoreless draw. The move has received some criticism, including from U.S. WNT coach  Pia Sundhage, but no discipline has been suggested against the Japanese team.

Our questions:Are these two situations similar, or is one more severe than the other? Is it okay to throw a match in a big competition to gain a competitive advantage, or is it never, ever justified? 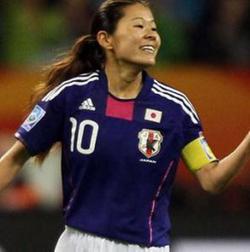 Robert Ziegler: There has been matches played at World Cups where teams basically agreed to draw with one another so both would advance in the group stage. I’ve seen this at least in the closing minutes of UEFA Champions League group stage matches as well, with the same intent. Of course there is another team somewhere who feels victimized by this approach.

It’s not foreign to American youth or college soccer, either.  There have been regional and national tournaments where comparative scorelines made it no longer attractive for either team in a match to try to score (as both would be advancing with the current goal difference, but one would be knocked out if the score changed), and so the teams took the expedient course in response. This has also led to various forms of outrage from the other affected team or teams, including one incident that comes to mind that went way over the top. In another incident (a Region IV match several years ago), a coach actually instructed his team to score an own goal late in order to keep a rival team from reaching the knockout rounds (it might have been two, I’m a little fuzzy on the details as I’ve watched 10 bazaillion youth games over the past 10 years).

In college soccer, Florida State got in some hot water two seasons ago when it left its starting 11 at home for the ACC Tournament, figuring the weekend of rest before the NCAA Tournament would be more beneficial than playing three games in three days against league opposition. The league cracked down on this one, fining the school and suspending the coach, citing reasons similar to those given in the badminton case.

This answer is already too long, but I will say this: the common denominator in all of these is that the actions taken by the competitors and coaches were all done in an effort to advance their own team’s efforts to win the main prize. To me, it mainly exposes a flaw in the competition format. If there is incentive (helping win the main prize) involved in losing at a preliminary stage, competitors will consider taking that route. If Japan wins the gold medal at the Olympics, the coach may cite his move as part of the reason why.  Players, coaches and teams cheat on the field all the time to try and gain an advantage. Is this really that much different? The issue for the organizers is the format and the business drawback for charging  people to watch one team not give its best effort (or in the case of the badminton – both teams).

Caroline Yort:  My gut reaction to the badminton scandal is that it was a terrible thing for those teams to do.  When you watch the video, it's obvious that they were throwing the matches, and it seems, as the badminton officials claimed, that they were embarrassing the sport. But the same could be said for the Japan Women's National Team. If "not using one's best efforts to win a match" is the standard that teams should adhere to, then there are many examples of teams and individual athletes falling short.  Japan should also be disqualified if this is the standard.

But, if you look at these as examples of strategy, and therefore as part of the game, then I really don't see anything wrong with it.  As Rob said, it seems to be the rules that are at fault, not the athletes. Indoor cyclists could be disqualified for not going all out until the final lap; runners could be disqualified for staying behind the lead runner in order to conserve energy for the finish.  All of these teams and individual athletes actually ARE using their best efforts to win in the end.  So if that's what it takes, then the badminton and soccer examples are similar, and neither should have been disqualified.

J.R. Eskilson: How much more embarrassing could a sport be when the main objective is to hit a 'shuttlecock' over a net?

As for the question, no these situations aren't similar. Japan did not lose on purpose. They played for a draw. There is a massive difference. The motives may have been similar, but I don't remember seeing Japan repeatedly kick the ball into their own net to make sure they went into the loser's bracket. The governing body of the Olympics was right to disqualify the badminton teams for that shambolic display.

Travis Clark: I wouldn't say that the Japanese women 'threw' the match necessarily, while the Badminton players did a poor acting job.

From just a competitive standpoint, I think it's ridiculous that Japan wouldn't try to win every match it plays, firing on all cylinders, and hope to really storm past the competition. The desire to concede, now facing Brazil, could really come back to haunt them -- but I don't think a penalty would be justified.