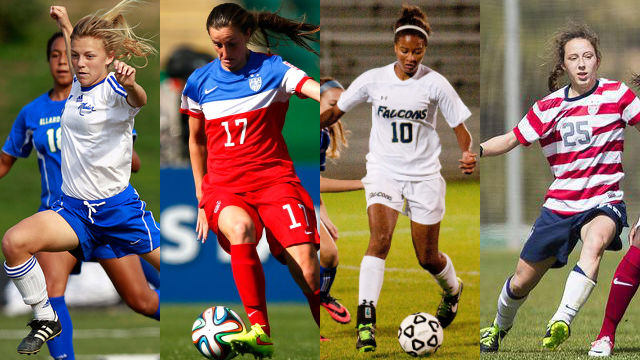 Preseason has officially started this week for the majority of the Division I women’s soccer programs across the country.

With that in mind, TopDrawerSoccer.com takes one look back at which schools secured the best newcomers in the country with the final 2014 girls recruiting class rankings.

Based of the IMG Academy Top 150 rankings for the class of 2014, international recruiting and the quality of transfers, below is a look at the top 20 Division I recruiting classes. It’s a final update from the previous rankings released earlier in the year, with a number of changes reflected by roster and class announcements.

Two late changes boost the Nittany Lions into the second spot, as Ogle changed her commitment to join Erica Walsh’s program this fall, and the squad got a second boost when U.S. U18 WNT goalkeeper Rose Chandler graduated high school early to enroll this fall.

There’s little doubting the quality on display in Duke’s class, which includes two of the top five ranked players in the IMG Academy 150 in Dorsey and Reid. Duke will need it with a significant talent loss ahead of another hectic ACC campaign.

UCLA landed its usual haul of quality. The Bruins bring in some U.S. youth national team veterans and added a cherry on top with Siri Ervik, a Norwegian goalkeeper.