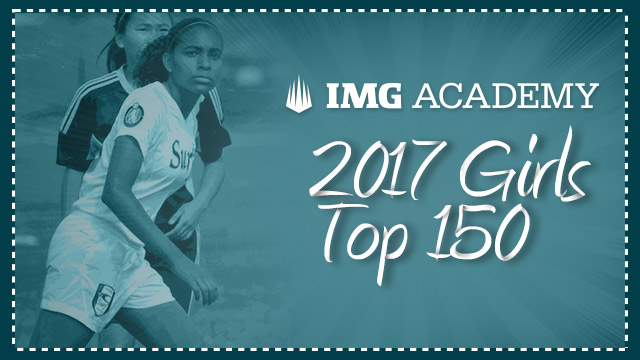 The IMG Academy Top 150 for girls in the 2017 graduating class is out today, and Madison Haley is the new No. 1. Haley earned starts in three of the five matches for the United States U17 Women’s National Team at the CONCACAF Championship and scored the lone goal for the U.S. in the semi-finals against Mexico, finishing the tournament with four goals and four assists. In her first game back with the Dallas Texans U17 ECNL team (playing two age groups up), Haley provided the assist to leading scorer Brittany Crabtree in a 1-0 defeat of Albion Hurricanes. While Catarina Macario continues to dominate her age group in the ECNL, we couldn’t help but give Haley a much-deserved accolade. 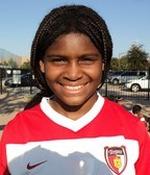 Civana Kuhlman climbs from No. 10 to No. 4 after a stellar performance off the bench for the U17 WNT in Jamaica. Kuhlman finished with two goals, and was labeled one of five players that made a mark for the U17s, along with Haley and No. 3 Frankie Tagliaferri.

In addition to Kuhlmann, West Coast FC forward/midfielder Ashley Sanchez, Crossfire forward/defender Kelsey Turnbow, Alliance FC midfielder Madison Alexander and Slammers FC defender Mikayla Edwards garnered attention from U.S. youth national team staff and have earned a spot in our rankings. Sanchez moves from No. 45 to No. 29 with this update after adding three national team camps to her resume in the last three months and adding five goals and five assists in eight games played for her still undefeated So Cal Blues squad. We first saw the lanky Turnbow at US Club Soccer’s Charleston id2 camp last April, where she was a standout at forward and outside back positions. Since then, she has two U.S. U14 GNT camps to her credit and climbs from No. 84 to No. 48. Alexander and Edwards both earned invitations to youth national camps in the last several months. Click here to see where they are ranked.

Not only has the IMG Top 150 received scrutiny, but the regional lists have been updated as well. Keep checking back this week as we unveil newcomers such as Buffalo Soccer Academy midfielder Madison Lowe, New England FC defender Alyssa Lum, Dallas Texans forward Trinity Thomas, Internationals defender/midfielder Hannah Nichols, FC Virginia left back Catherine Kwitnieski, and many, many more.