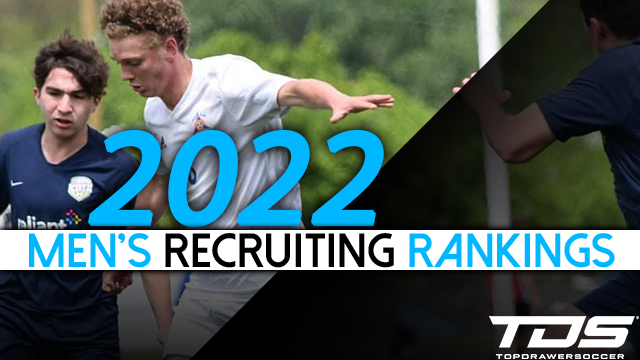 The latest men’s Division I recruiting class rankings are out for the month of April, looking at the Top 40 additions for the class of 2022.

Based off reported commitments, transfer and internationals, it’s a projection at which programs are adding the best talent for this fall and beyond. With players still electing to turn pro, there were a handful of changes in the latest update.

Check out the latest men’s DI recruiting classes for 2022 below.

Please send any correction or omissions to editor@topdrawersoccer.com.

The Aztecs have a firm grip on the top spot. Several players will get pro experience this year, including Viviani, Fodrey and Presto. Bringing in talent on paper is one step, the next is getting the most out of it on the field. Brummett is the most recent addition, and he’ll join the top class in the rankings.

The ACC side always trends toward the top of the rankings, and this year’s class is no different. Flax is slated to follow in the footsteps of NYCFC Academy grads Nico Benalcazar and Prince Amponsah on the roster. Adding Paris is a great boost to the team’s attacking talent.

The Irish recently confirmed this class, which adds quality from around the country. It will be needed with several standouts departing for the pro ranks.