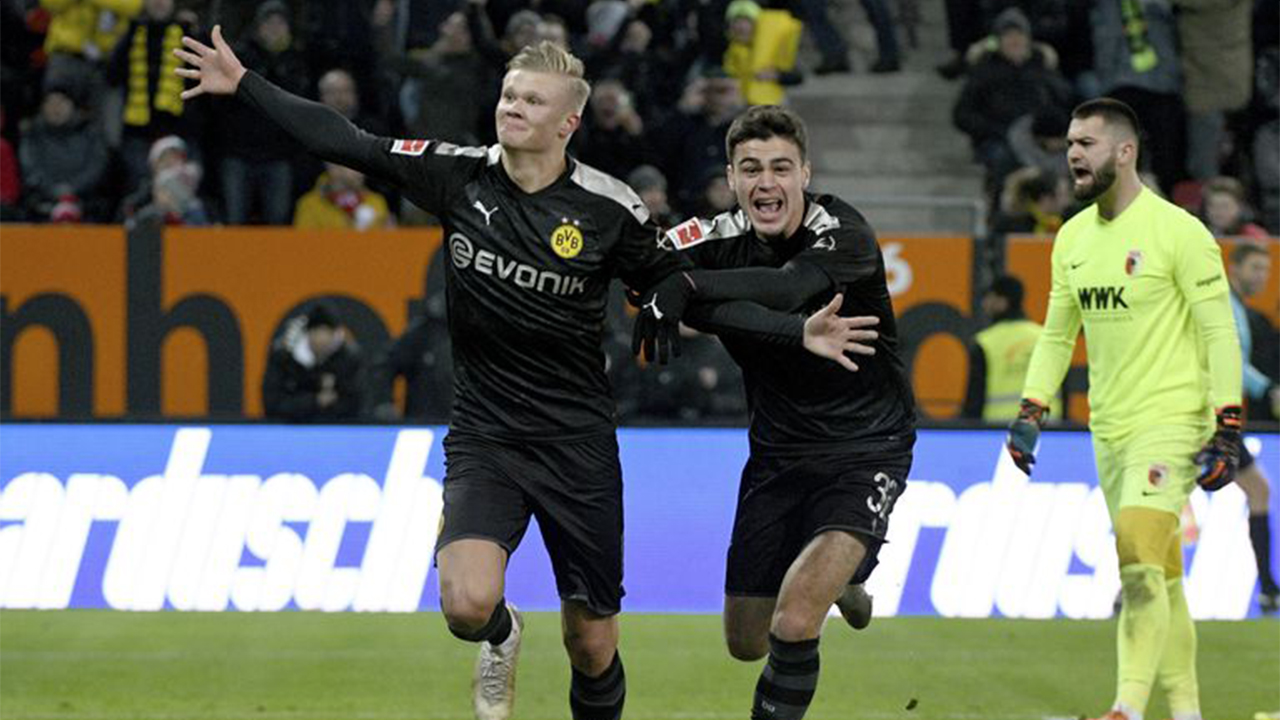 It was a week to remember for several of the top American teenagers in Europe.

Starting off in Germany, Giovanni Reyna made his first team debut on Saturday for Borussia Dortmund. The former New York City FC Academy player and U.S. U17 MNT World Cup veteran entered in the 72nd minute, with BVB leading 4-3.

In his 18-minute cameo, Reyna was tidy and responsible with possession, making quick decisions and, for the most part, clean with the ball. He scored a goal with the first team during their midseason training camp in Spain, and BVB manager Lucien Favre indicated that Reyna would be in the matchday squad for the opener of the second half of the Bundesliga season.

But Reyna wasn’t the only former U.S. U17 World Cup veteran to make his debut on the weekend. Aston Villa handed Indiana Vassilev his first appearance in the English Premier League, as he came off the bench in the 67th minute. Part of the 2017 U.S. U17 World Cup squad, Vassilev played striker during his 20-plus minute cameo.

Entering in the 1-1 draw against Brighton, Vassilev has made the most of an injury crisis at Aston Villa, and can look to build on this opportunity.

Also in England over the past week, goalkeeper Damian Las featured at Fulham for the Under-18s. Las earned the start in the U18 FA Cup Fourth Round match for the Cottagers, which defeated Sheffield United by a 2-1 score last Wednesday.

Richie Ledezma also traveled with the PSV Eindhoven first team for a winter training camp in Qatar. And while that didn’t lead to a promotion, Ledezma was back in the starting lineup for Jong PSV on Friday. He scored a pair of impressive goals to put PSV up 2-1 against FC Volendam, before getting pulled in the second half. Jong PSV conceded twice after Ledezma subbed out with the scores level, going on to lose 4-2.

In Spain, Konrad de la Fuente’s contract situation continues to leave the American forward on the outside looking in with FC Barcelona’s Juvenil A team. De La Fuente’s contract expires at the end of the 2019-20 club season, and per an ESPN.com report, FCB has handed down an ultimatum for the forward to either sign, or sit out the rest of the season. While de La Fuente missed time due to an injury, he was back on the bench for Juvenil A, scoring a goal in a 5-0 win.

Alex Mendez capped off the strong week for U.S. youth national team vets on Monday, with arguably his best performance for Jong Ajax so far this season. Facing bottom-of-the-table side FC Dordrecht, Mendez tallied a second-half penalty in a 2-0 win (see the full highlights below). The goal capped off a busy and active performance for the U20 veteran.

Jong Ajax now sits in first place in the Erste Divisie, as Mendez has played the full 90 minutes in back-to-back games.