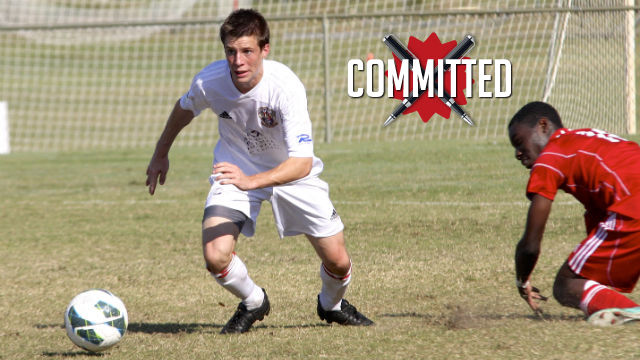 Recently signing his National Letter of Intention to play soccer at Creighton, Noah Franke found that the Big East power was the right place for him during his school search. 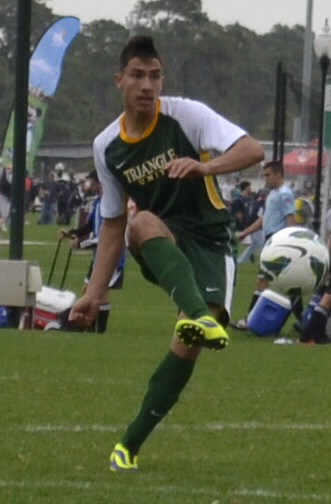 “The tradition of excellence in academics and soccer at Creighton is the perfect balance for me,” Franke told TopDrawerSoccer.com. “Knowing I would be challenged every day in the class and on the pitch won me over. Soccer and academics is taken seriously and the support from the school and community is second to none. I know the level of play that is expected at Creighton and the Big East will help me develop to be the best player I can be.”

A technically gifted attacking midfielder, Franke’s recruiting process was shaped heavily by the academic factor. But he looked closely at the way each team played as well, knowing that it would be important to find a program that fits how he likes to play.

“Creighton's emphasis on high press and attacking is a perfect fit for me,” he said. “Coach [Elmar] Bolowich and his staff are awesome and their experience and track record of success was a huge draw.  I really clicked with them and the players I met. The facilities and new Championship Center are amazing. It's exciting to know I'll be able to train and play there the next four years.”

Swapping central Florida for Nebraska wasn’t a big deal either, as he has family ties to the area.

“The size is just right for me and I like the campus feel in the heart of the city,” Franke said. “My parents both grew up in Nebraska and attended college in Omaha. Being so far from home and having lots of family and friends in the area is really nice to know.”

Creighton’s 2014 class currently checks in at No. 16 in the recruiting class rankings.

A fast and athletic attacker who can play a number of spots on the field, Alex Vigliotti took notice of the coaching staff, facilities and talented group Providence had when it came to make his commitment.

Also intrigued by the team’s style of play, he also was influenced by what he liked off the field.

“I like the campus, everything is close to each other and the academics are great,” Vigliotti said.

Vigliotti is the second reported commitment for Providence’s 2015 recruiting class.

“I decided to commit to App State because I enjoy the training environment and how committed the players are to the team,” Walrath told TopDrawerSoccer.com. “I love how coach Nelson runs the program. He plays the best people to help the team, and I believe I will get the chance to help the team as long as I work as hard as I can.”

A determined player who looks forward to fighting for a spot on the team, he liked the team’s smaller roster size, meaning more chances for minutes from the start.

He also found that the university offered his planned major.

“It is a great school for me to major in communication disorders,” he said. ‘The environment is amazing, and I love how friendly people are at App State.”

Midfielder Trevor Skeith (Brentwood SC) committed to Southern Indiana for the class of 2014.

Midfielder Brendan Dennis (Oakwood SC) committed to Columbia for the class of 2015.

Defender Christopher McCormick (NJSA 04) committed to Sacred Heart for the class of 2014.

Midfielder Conner Couchot (Kings Hammer Academy) committed to Endicott for the class of 2014.

Midfielder Henry Wingo (Seattle Sounders Academy) committed to Washington for the class of 2014.

Defender Jorge Miranda (LA Galaxy Academy) committed to California for the class of 2014.

Midfielder Ronaldo Pineda (Fullerton Rangers) committed to Sacramento State for the class of 2014.

Midfielder Spiro Pliakos (Waza FC) committed to Detroit(m) for the class of 2014.