Boys Commitments: From Coast to Coast 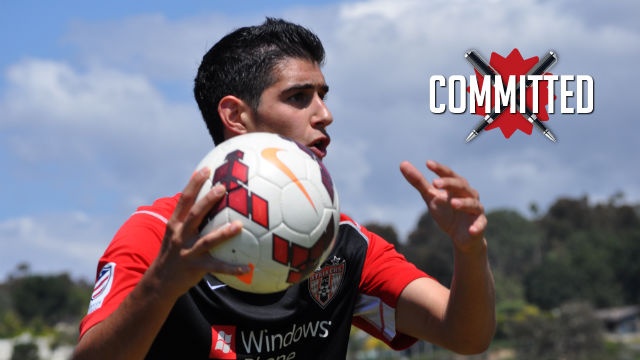 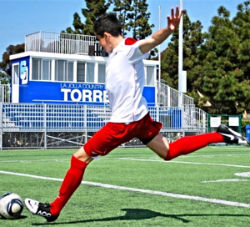 Martin, who plays for the Nomads U18 Academy in the USSDA, recently returned from Croatia, where he spent the summer training with the U19 program at GNK Dinamo Zagreb.

When asked about his decision to commit to Wake Forest, Martin indicated that a big part of the draw was the brand of soccer played there.

“It is an attractive attacking style, on both sides of the ball, and that fits the way I have been taught to play,” Martin said. “Coach Vidovich also has a great track record of producing results and getting the most from his players, and that was important to me.”

At 6-foot-1, 160 pounds, Martin is viewed as a versatile player that can play higher up the field in a playmaking role or in a defensive role in the midfield or along the back four. In addition to training at Dinamo Zagreb, Martin has also played extensively in Brazil and Europe.

Martin is currently an honor student at La Jolla Country Day School in San Diego and graduates in June of 2015.

While one SoCal prospect is heading across country for school, another is keeping it close to home.

Defender AJ Harb, a smooth operator on the ball who can help his team transition swiftly from defense to attack, decided that committing to UC Riverside and staying close to home was the right move for his playing career, not to mention his off the field prospects as well.

“There are a tremendous amount of academic opportunities at UC Riverside,” Harb told TopDrawerSoccer.com. “I feel confident that no matter what field I choose to study, it will be offered at UC Riverside. Currently, I’m really excited about exploring options at the new medical school.”

A Riverside resident, Harb toyed with the idea of leaving, eventually settling to make his commitment and stay nearby.

“I had always considered staying at home, but was looking at opportunities out of state as well since I have family in the Midwest,” he said. “I have been able to spend a lot of time going to UC Riverside home matches and I really enjoy seeing friends there and being part of the community.”

Forward Liam Hoen-Beck (Bethesda-Olney) committed to American for the class of 2015.

Forward Eduvie Ikoba (Bettendorf SA) committed to Dartmouth for the class of 2015.

Midfielder Zen Roten (Strikers FC) committed to Temple for the class of 2015.