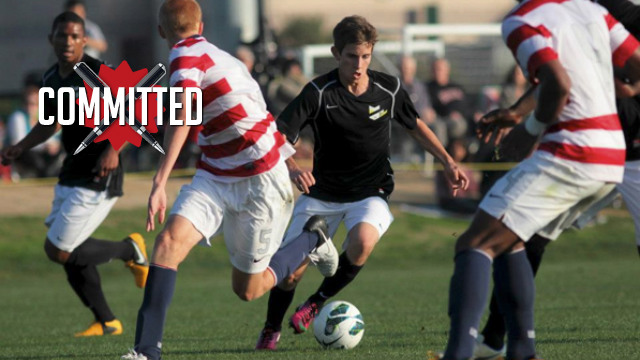 It’s been quite the year for Brian Iloski. The Finalist in the Chance, a worldwide talent search run by Nike, the midfielder has traveled around the world, competing against some of the best players around his age. 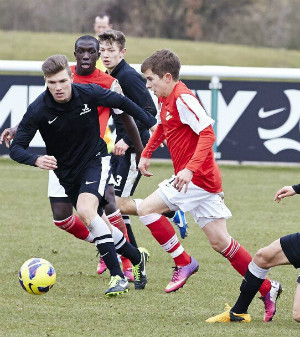 The journey has helped him clarify his goal to play pro soccer one day while not straying too far from his native Escondido.

“I really want to play soccer professionally and I know UCLA will give me the best opportunity while getting a great education as well as staying close to home,” he said. “We have a large family, and they really had a lot to say about me being close by.”

Chasing his pro dreams obviously helped fuel his decision, but Iloski also liked the school’s campus and how much there was to do around there.

He’ll bring experience with the Chance and the U.S. U18 Men’s National Team to the Bruins in the fall, challenges that have taught him a lot.

“The Chance showed me how it is to live with people from all parts of the world and how different we all are,” he said. “Training every day made me be in the best shape of my life. It was a great experience full of soccer that I will never forget. I had great training from great coaches for 35 days.”

A forward for Crew Soccer Academy, McKelvey has done his research when it came to the college search, checking out a number of different schools along the way.

Ultimately, Kentucky did enough to stand out in a crowd.

“I loved everything about UK from the moment I stepped on the campus and met with the coaches,” McKelvey said. “I had a wonderful visit. I liked the size of the school, the academic programs, the distance from home so my family could come watch me play, the facilities were some of the best in the country, and they have just completed a huge renovation to the soccer stadium.”

Along with that, the coaching stuff at Kentucky helped seal the deal for McKelvey’s commitment.

“Coach [Johan] Cedergren has high expectations for the program from both a soccer and an academic perspective,” he said. “In his first year coming from Dartmouth, Kentucky qualified for the NCAA tournament. He demands academic excellence as well. Also assistant coach [Erik] Imler was instrumental in recruiting me. He has played at the highest level in college, professionally as well as having experience playing with the Men’s National Team and in the Olympics.”

Forward Jeremy Ebobisse-Ebolo (Olney BGC) committed to Duke for the class of 2015.

Defender Dominic Jensen (CASL Chelsea) committed to North Carolina for the class of 2015.

Forward Jamison MacMain (Penn Fusion) committed to Air Force for the class of 2013.

Midfielder Alex Masbruch (FC Milwaukee) committed to Wisconsin for the class of 2014.

Forward Alan Winn (Solar Chelsea) committed to North Carolina for the class of 2014.