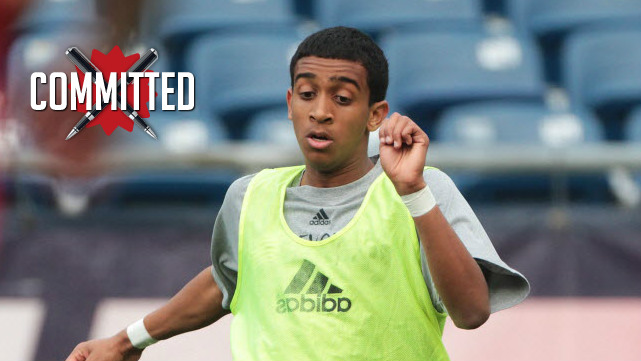 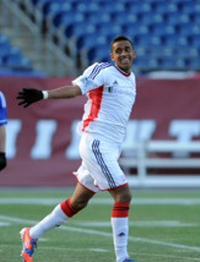 After going on a short run in the 2012 NCAA Tournament, Syracuse made the move to the ACC, and will need high caliber players to contend in their tough new digs.

Picking up the commitment of Daniel Apajee is a positive step, as the attacker can become the centerpiece of the 2014 recruiting class. From the player’s perspective, it didn’t take much to convince him to make his decision.

“At my first visit at Syracuse, I knew it was my school,” he told TopDrawerSoccer.com. “Everything about it was amazing. The people, facilities, environment, were all outstanding.”

The school played its part, but to little surprise, Apajee also jumped at the opportunity to play in the ACC.

“A big part of me deciding Syracuse was its move to the ACC next fall,” he said. “ACC is in my opinion the best division to play in. And if I want to go pro I have to be playing in the ACC, because that will give me the biggest challenge, which I want. I don’t want to go to a school where I know I won’t be challenged. For me to get better in my game I need to be challenged in all areas of my game.”

Apajee also said he was encouraged by the level of player the program already has, as he knows goalkeeper Alex Bono and Stefanos Stamoulacatos, who both played a big part in the team’s strong 2012 campaign.

The Revs attacking midfielder was also named the Gatorade state Player of the Year in Rhode Island for 2013.

There’s a new coaching staff in town at Loyola-Chicago, as former Northwestern associate coach Neil Jones has taken the reins at the fellow Windy City program.

The new regime in town – Jones added Brian Plotkin and Nate Boyden to the staff – certainly caught the eye of Dallas Moses, a technical midfielder from not too far away.

“I am very excited about developing as a playing under coach Jones, coach Boyden and coach Plotkin,” Moses told TopDrawerSoccer.com. “All three coaches played in the 2004 NCAA National Championship game (coach Plotkin has bragging rights) so they know what it takes to get to the finals. They’re all three new to Loyola but have quickly created an atmosphere of excitement about the soccer program. During my unofficial visit, I got a sense of how enthusiastic and dedicated they are to building a successful program at Loyola.”

The coaching staff isn’t the only new development regarding the athletic program, as other changes interested Moses.

“Currently, the soccer stadium is being upgraded and will look fantastic, the athletic facilities on campus were recently renovated and are top notch and Loyola is moving to the Missouri Valley Conference,” he said. “With all of these changes, there seemed to be a sense of excitement, a buzz, all around campus. From the academic perspective, I liked the fact that Loyola has a strong academic reputation and school name recognition. Additionally, I’m interested in majoring in Sports Management and being in Chicago will offer excellent internship opportunities.”

A goalkeeper with plenty of size at 6-foot-3, Brad Seeber simply found the right fit when it came to searching for the right school.

“In the end, it was a combination of academic and athletic reasons for me to commit to Lafayette,” he told TopDrawerSoccer.com. “I was looking for a school who had a great academic reputation, along with an impressive soccer program. It was an easy choice when I was given the incredible opportunity to play under coach [Dennis] Bohn and with the 2012 Patriot League Champions.”

On the field, Lafayette has made strong strides along with last fall’s championship, pushing Virginia to the brink in the NCAA tournament. Seeber thinks that is a trend that will continue.

“Though Lafayette's soccer program is not known as a national powerhouse, I believe they are on the right track to become one,” he said. “Coach Bohn and his assistants have brought in an impressive class for 2013 that will only help the team further their reputation. I also liked the type of style Lafayette plays, as it is more conservative and defensive-minded which I see myself playing in.”

Goalkeeper Sam Bissett committed to Davidson for the class of 2014.

Defender Caleb Pothast (Sockers FC) committed to DePaul for the class of 2014.