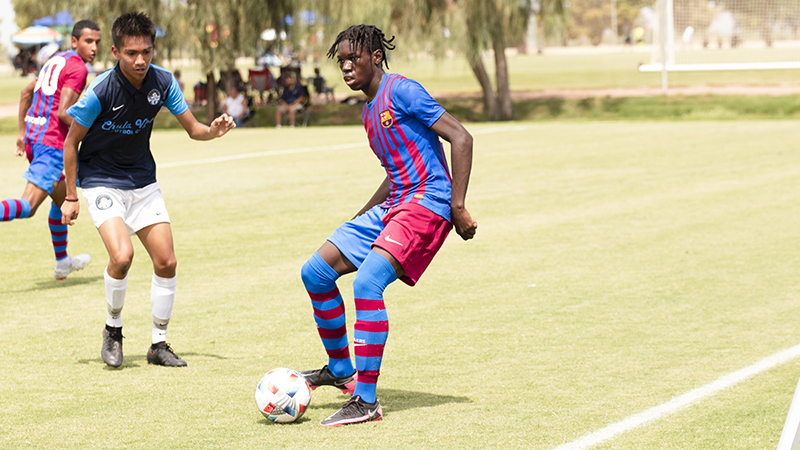 Another top U.S. youth talent is on his way to Southern California.

“Bryce is a statement signing for the club and a testament to the progress we have made as an organization," OCSC President of Soccer Operations, Oliver Wyss, said in a press release. "Signing a player of Bryce’s caliber validates our significant investment in our professional pathway and shows that we continue to strive to be at the forefront of player development in the US.”

Jamison is a native of Atlanta, Georgia, who most recently played for Barca Academy during the 2021-22 MLS NEXT season. He was named to this summer's MLS NEXT All-Star Team, and a U.S. U17 MNT camp in August. He is No. 22 in the 2024 IMG Academy Player Rankings.

“We are delighted to sign Bryce, he is an elite level youth prospect, and one of the most exciting players within his age group in the nation,” OCSC Sporting Director Peter Nugent said in a statement. “He is a player that we have tracked for a long time and believe he is the perfect fit for our pathway. With the right guidance, he has all the potential to play at a very high level.”

The forward will be available for selection starting this weekend against the Pittsburgh Riverhounds.