Can headgear limit concussions in soccer? 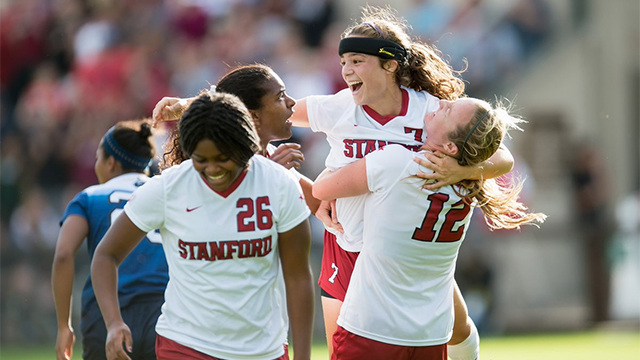 The underlying issue of concussions in soccer continues to receive more and more prominence.

In October, the Guardian reported about a study conducted in Scotland that covered the link between serious neurological diseases and former professional soccer players.

Countless numbers of players at all levels of the game have made the decision to retire due to concussion-related issues. Former MLS star Taylor Twellman is among the most prominent, but he is one of many players that either retired early, or continue to struggle with the issues long after their playing days. Briana Scurry, longtime U.S. women’s national team goalkeeper, retired due to a head injury and has battled the impact of it over the past decade. In a bid to understand more about the implications between head injuries and soccer, two USWNT legends, Michelle Akers and Brandi Chastain, have agreed to take part in a study on the long-term effects of high-level women’s soccer.

New rules at the younger age groups in U.S. Soccer don’t allow heading of the ball. But for the higher, elite levels, headgear products have started to become an option, as either preventative measure or to help reduce concussions.

In fact, a study completed by the University of Wisconsin School of Medicine and Public Health found that there was a 60 percent decrease in the relative risk of concussions for players who wore a particular brand of head gear, when compared to players that didn’t wear any headgear.

The study was published in the British Journal of Sports Medicine, examined ~3,000 high school soccer players in the Midwest – predominantly girls – ages 14-18, during the 2016-17 and 2017-18 school years. Half of the subjects wore the protective headgear for all practices and games, while the other half didn’t wear any headgear at all.

While the conclusion of the study was that the average protective headgear did not reduce rates of concussion in high school soccer players, there was a statistically significant reduction in sports-related concussions (SRCs) in players that wore Storelli’s ExoShield, versus players that didn’t wear them at all.

Five brands of headgear were used in the study: Full90, Forcefield’s Ultra Forcefield Sweatband, the Soccer Headband from LDR Headgear, the Storelli ExoShield and the Halo 10mm from Unequal Technologies.

The supplementary table data revealed a 60 percent reduction in the relative risk of concussions for players who specifically chose to wear the Storelli ExoShield versus those who didn’t wear headgear at all. The results were particularly strong for female players who wore the Storelli ExoShield, with concussion rates among dropping from 6.5 percent to 2.7 percent (a statistically significant result with 98% confidence). The Storelli ExoShield- which is also the highest rated ASTM-approved soccer head guard according to the Virginia Tech Helmet Lab ratings- was the only product to record statistically significant benefits, according to this study.

A common misconception about headgear is that it leads a player to compete more recklessly; this study also found that those competing with headgear did not suffer a higher rate of injuries, whether concussion-related or not. This is an important finding since it rules out any downside risk to wearing headgear.

Other interesting conclusions from the study include the fact that females sustained a sport-related concussion at a rate more than double that of boys within the field of players surveyed; 35 percent of the concussions were suffered by heading the ball, and 65 by contact with other players; and that players wearing headgear still suffered concussions, varying from 2.5 percent (those wearing the Storelli ExoShield HeadGuard) to 5.9 percent.

While the issue of concussions in soccer isn’t going to ever go away, it’s clearly worth considering the right headgear options as an avenue for added protection.