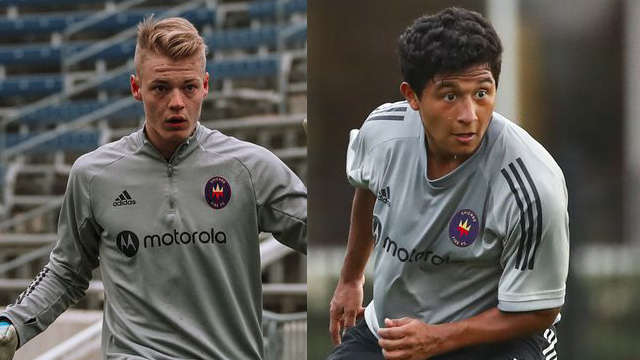 Despite the lack of soccer, the Chicago Fire continue to sign players from its academy.

"Everyone within the Academy is proud to see Chris take this next step in his career,” Chicago Fire FC Academy Technical Director Cedric Cattenoy said in a statement. “He’s a talented goalkeeper and between the Academy and trainings with the first team staff, Chris will continue to develop as one of the best talents at his position.”

A 'keeper on the come up. pic.twitter.com/DIxkaxbeDP

Rodriguez is a promising midfielder from Indiana, that joins the Fire first team after originally being a part of the Fire's affiliate, Indiana Fire Academy. The No. 3 ranked player in the 2023 Boys IMG Academy Top 150, Rodriguez is a premier attacking midfield prospect with a high ceiling. He was named to the U.S. U15 BNT for last year's Concacaf Championship. At the start of 2019, he moved to the Chicagoland area, where he's gone on to make 21 appearances for the academy.

“The signing of Allan proves the success of the Academy program under the leadership of Cedric Cattenoy and Brian Roberts,” Head Coach Raphael Wicky said in a press release. “The Academy recognized the talent that Allan possesses and have been able to develop him to this point as he earns a Homegrown contract. We’re excited to welcome Allan to the first team.”

A budding presence in the center of the park. pic.twitter.com/t5Zd4R984y