Commits: One for an Ivy, two for Brooklyn 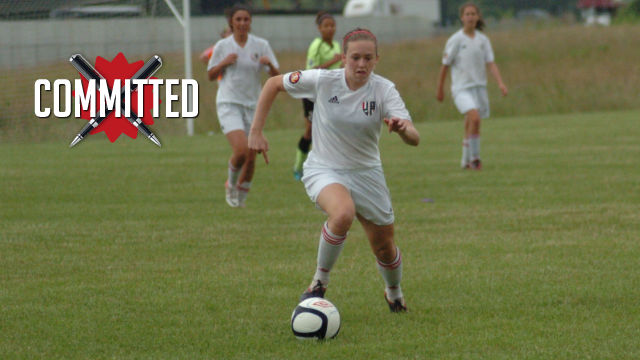 A versatile player who can fill just about any role her FC Bucks ECNL team needs, Emma Loving originally thought that she’d go to school a bit further from home.

But when the opportunity at the local Ivy League school emerged, it quickly became the right place for her. 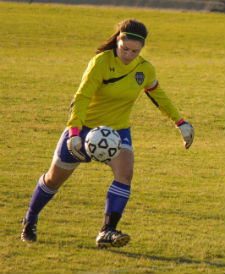 “Penn is everything I have been looking for in a college, from the prestigious academics to the high level of soccer,” she said. “When I was on the campus for the first time, something clicked and I knew that I could see myself as a student athlete at Penn. I want to be challenged as a player and as a student, and Penn is a school that will drive me to be the absolute best I can be in all aspects.”

Head coach Darren Ambrose and the rest of his staff played pivotal roles in Loving’s final choice, helping her throughout the entire recruiting process.

“I love Coach Ambrose's coaching style and I feel as if I will click very well as a player with him,” she said. “The coaches are so charismatic and personable, and they have created a program that pushes players while also inspiring their love for the game. In addition, the coaches strongly support growth as a collegiate athlete as a whole.”

Along with looking forward to playing soccer, Loving is eager for the challenge of the educational aspect of her next step.

“The school itself is just an incredible school,” she said. “I love the prestigious academics, and I am looking forward to being challenged as a student. I am not exactly sure what I want to study, but Penn has so many options that I know I will be happy with whatever I chose. I also love the atmosphere of the campus and vibe of Philadelphia.”

Loving is the first reported verbal commitment to Penn for 2016.

Making a commitment to LIU Brooklyn, Erin Harbison simply said she loved everything about the school.

“The coach and team are a good fit, and they have a program that allows me to acquire my Doctorate in Physical Therapy after only 6 years,” she told TopDrawerSoccer.com. “Additionally, I loved the area, Brooklyn has a lot to offer.”

When she made her official visit, Natalie Henderson made the decision that LIU Brooklyn was the right place for her.

“I loved the environment of the university and I especially loved the team,” she told TopDrawerSoccer.com. “The girls were great and the coaching staff is awesome.”

Goalkeeper Allison Neary (Real Colorado) committed to LIU Brooklyn(w) for the class of 2015.

Forward Arielle Hansford (Knoxville) committed to Lipscomb for the class of 2015.

Defender Julia Bingham (Slammers FC) committed to USC for the class of 2016.

Goalkeeper Lauren Rood committed to Stanford for the class of 2016.

Goalkeeper Courtney Ogren committed to Santa Clara for the class of 2016.

Midfielder Amanda Lane (Sereno SC) committed to Brown for the class of 2015.