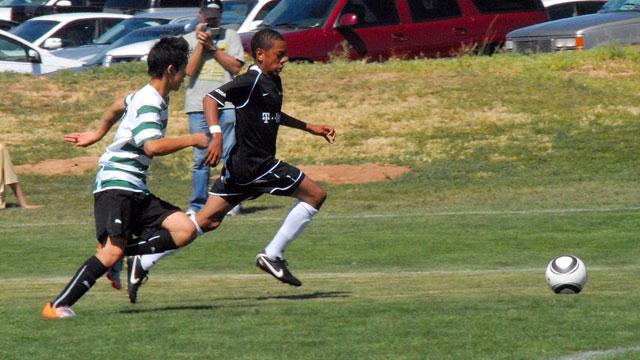 Book reports? Forget it. He’ll pore over them repeatedly like a historian searching for meaning in the Dead Sea Scrolls.

The kid is a perfectionist. He has standards to meet for his standards, and no task is ever complete until he’s satisfied. 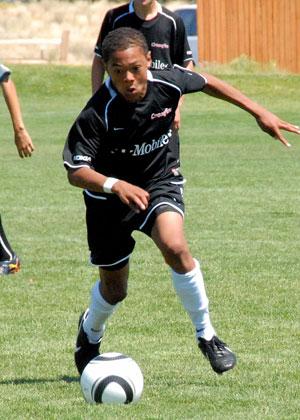 Henry Wingo
So imagine the feeling of incompletion he must harbor from last season after leading his U14 Crossfire Premier squad all the way to the USYS National Championship only to come up short. By one goal.

In Wingo terms that had to be like assembling the Leaning Tower of Pisa out of popsicle sticks for a class assignment, only to realize just before the bell rings that it doesn’t lean at the proper angle.

“I hate to lose,” said Wingo, a deadly attacker. “We were very disappointed by the loss, and we always tell each other that we need to play every game like a national championship game if we want to make it back there.”

In other words, the team needs to approach the game the way Wingo does life.

Look at Wingo (#1 2014 Pacific Northwest Top 20) and you’ll see all the things right about a young soccer player: He’s lightning fast and explosive at 5-foot-4 with the polished technical skills to match. He’s a polite kid and a great teammate.

But when Wingo assesses himself, he’ll see all the things that could be better: awareness of where his teammates and defenders are; his heading of the ball – basically, all the things you would miss because you’re too busy watching him fillet through a defense and drastically change a game.

“I have learned that there are endless opportunities to become a better player,” Wingo said. “I am driven by perfection and that’s where my motivation comes from. I want to perfect everything and do the very best I can.”

Starting with the Northwest Nationals club in Seattle, WA, Wingo’s very best was good enough to create a buzz throughout the Pacific Northwest.

Everyone was talking about the pint-sized eight-year-old who was playing U11 and often making the olders look bad.

Meanwhile, his early coach, Chuck Granade, was trying to figure out ways to temper his eager young star.

“He wanted to learn and grow at such a ferocious rate – he would do nothing but practice,” Granade said. “He has a high attention to detail and wants to make sure everything is done just right. We wanted to make sure that he also had other things besides soccer; that he was having fun and wasn’t putting too much pressure on himself.”

It’s a constant concern for a player as earnest as Wingo, but also what makes him special.

And it also bodes quite well for his Crossfire team.

Wingo performed beautifully on the USYS stage this past summer when he scored in his team’s semifinals win over Lonestar SC and even managed a goal in the finals loss to Eclipse SC.

But this season Wingo is aiming for the ultimate goal – the national title.