Dev. Academy Preview: Put a bow on it 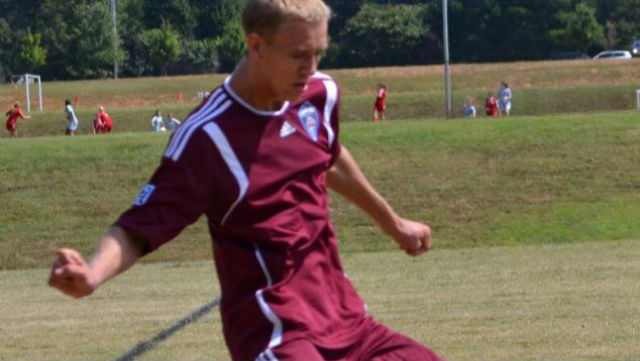 The Development Academy season wraps this weekend, as the only slate of games left after the next few days is a U14 Showcase in Indianapolis. Playoffs spots are mostly wrapped up for the older age groups, though clubs will look to finish the regular season slate on a high note.

Thursday night features a critical meeting in the race for the Southeast Division, as Carolina Rapids and Capital Area Railhawks square off in a U18 battle. The Rapids currently hold a points per game lead over the Railhawks, who can draw closer with a win on Thursday. The Rapids also play the North Carolina Fusion on Saturday, and need at least a point to make sure they hold onto first place.

While the Atlantic Division U18 race is settled, Saturday’s meeting between Bethesda-Olney and PDA should provide plenty of entertainment. Duke recruit Jeremy Ebobisse-Ebolo scored five goals in two games last weekend, while his future teammate Brian White is a dynamic player who will lineup on the other side of the field.

PA Classics host Virginia Rush, and it’s an important match for the U18s. A win would push the side into the top 13 of the Wildcard, depending on if other results go their way over the weekend.

Currently in the 13th and final Wildcard spot, Georgia United U18s have two games, and wins will be critical to ensure that they don’t slip out of playoff spot. They face a pair of games against South Carolina United Battery on Saturday and Sunday. PA Classics can take advantage of a United slipup.

Another team that needs to hold onto its 12th place spot in the Wildcard is Chargers SC U16. The Florida club does battle with in state rivals Orlando City SC on Sunday.

Right behind Chargers SC in the U16 Wildcard standings is Sockers FC, which pays a visit to Indiana Fire Academy. Ryan Sierakowski and his 15 goals have played a pivotal role in getting Sockers to this point, and is certain to be critical this weekend.

Also on the precipice of the playoff picture is Shattuck St. Mary’s U16 squad. A win wouldn’t guarantee them a spot in the Wildcard, but three points against Minnesota Thunder Academy would dramatically increase their chances of getting to the playoffs in Indy.