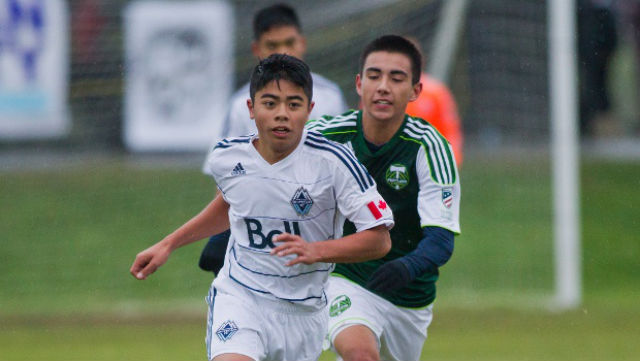 It’s a mini-Cascadia rivalry match on Saturday, as the Vancouver Whitecaps travel south to the Rose City for U18 and U16 games against the Portland Timbers. Vancouver’s U18s sit in second place in the Northwest Division, six points behind California power De Anza Force. Midfielder Marco Bustos will look to continue his influential play for Vancouver. 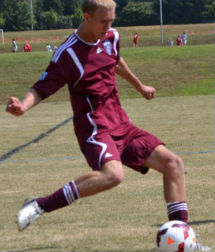 Both Pateadores and Nomads SC U18 squads will hope to close the gap in the Southwest Division when the two sides play on Saturday. Nomads forward Saul Aquino will look to continue his torrid form, scoring two goals last game, and with 12 goals in seven DA games. Pateadores U16s will look to keep pace with the top two teams in the Division.

Real Salt Lake AZ holds first place in the Southwest Division at both U16 and U18 age groups. They’ll take a trip to Southern California this weekend, with games against San Diego Surf and Nomads SC on the schedule, looking to extend that lead. Both teams boast tremendous talent, with the U18s relying on Corey Baird, Erik Holt and Jack Gayton, while the U16s trot out Brooks Lennon, Sebastian Saucedo and Justen Glad on a weekly basis.

Aiming to consolidate the lead at the top of the Frontier Division, FC Dallas U18s square off with Andromeda FC on Saturday. North Carolina recruit and U.S. youth international Coy Craft is one of the team’s most dangerous players. FCD also holds first place in the Division at the U16 age group, with a seven-point lead over the Houston Dynamo.

Lonestar SC pays a visit to Houston this weekend for a matchup against the Dynamo’s Academy squads. Juan Flores has helped fire the Dynamo to a second place position thus far, and they’ll look to try and keep pace with their MLS counterparts FC Dallas.

Another important all Texas U18 matchup takes place as the Texas Rush welcomes Texans SC Houston to town. The Rush currently sits in fourth place in the division, and Texans SC in seventh, so both need to start making a move right now. It’s just as important for the U16s as well – Rush is in sixth, while Houston could climb the standings with the full points.

Speaking of rivalry games, the intra-Richmond battle takes place this weekend when the Strikers face the Kickers. Both have their work cut out for them to have any hopes of making playoffs, and it’ll have to start this weekend for all four squads involved.

A pair of Florida teams is making the trip up to North Carolina – both Chargers SC and IMG Academy squads are traveling up for games against Capital Area Railhawks and the North Carolina Fusion. The Railhawks U18 side is currently in second place in the Southeast Division, and will look to keep pace with first place Carolina Rapids.

Speaking of the Rapids, the MLS club affiliate is making the trip south themselves, with two games against Weston FC and Kendall SC in Florida. Attacker Tanner Roberts is one of key players for the Carolina’s U18s, with 15 goals in 18 games this season. Providing support is David Lozano with 12 tallies so far this year.

Also making the trip to Florida from the Carolinas is Charlotte Soccer Academy. The U18 side is led by Stanford commit Tomas Hilliard-Arce, who has 11 goals in 14 games. They’ll also face Weston and Kendall on the trip.

Looking to also maintain pace with Kendall and Weston U16 squads, Orlando City hosts Georgia United over the weekend. Possessing a well-balanced attack, with the second most goals in the Southeast Division, Orlando will look to keep rolling against the visiting side.