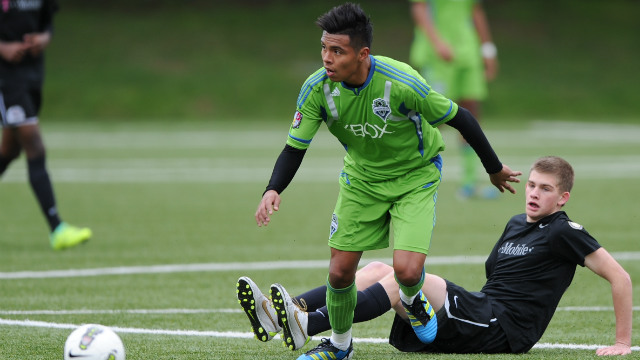 The penultimate weekend of Development Academy action has a number of important clashes on the schedule as the local clubs jockey for position with the playoffs just around the corner. 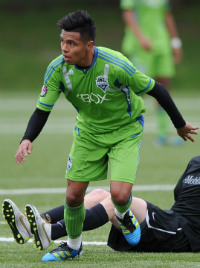 Friday night’s St. Louis at the Soccer Park has pretty big implications for the postseason picture. St. Louis Scott Gallagher Missouri, the U16 national finalist last season, needs a victory over St. Louis Scott Gallagher Metro in the U18 game to qualify for the playoffs. Missouri won the first meeting this season 3-2 behind goals from Glake Gonzalez, Nick Jones, and Joseph Rund. Dylan Stockman and Joel Duncan had the goals for Metro U18.

Over in Chicago on Saturday, it is another derby that has playoff implications as Chicago Magic PSG hosts Sockers FC. The U16 game is where most of the focus will be as the third place position in the Mid-America Division is on the line. Sockers FC will claim the spot with a draw or win. The two Chicago teams played to a 2-2 draw earlier this year with Jelani Pieters scoring both for Sockers FC. Nathan Sakevicius and Ruben Sanchez had the goals for Chicago Magic PSG.

Continuing the theme of local clashes highlighting the schedule at the end of the season, Dallas plays host to a fixture between Solar Chelsea SC and Dallas Texans on Sunday. The U16 game is the only one with any type of implications on the division standings, as Solar needs either a win or a draw against the Texans to gain full control of the second place spot. Solar won the first meeting of the season 2-1 behind two goals from Nathanael Rennhack. Luis Macias scored the lone goal for the Texans.

In the other Central Conference fixtures from over the week: FC Milwaukee hosts Internationals on Saturday, Minnesota Thunder Academy hosts Shattuck-Saint Mary’s Academy on Sunday, and Chicago Fire takes on St. Louis Scott Gallagher on Sunday as well.

Check the TopDrawerSoccer.com scoreboard for the results over the weekend.

The season comes down to Sunday for FC Bolts Celtic U18. The Massachusetts squad hits the road for its last game of this regular season against Revolution Empire. FC Bolts need a to secure the final three points to grab one of those final spots in the play offs. The two teams played to a 2-2 draw earlier this season with Lukas Ritzer grabbing a late equalizer for the Bolts. Christopher Booth scored the other goal for Bolts. Ben Swanger and Matthew Tucker scored the goals for Revolution Empire.

One of the wild card teams that is looking to hold onto its spot in the playoff picture is BW Gottschee, which holds onto one of the final spots in the U18 age group. BW Gottschee Academy takes on New York Red Bulls over the weekend in its penultimate clash of the season. Red Bulls crushed Gottschee 4-1 last month in the first meeting of the season. Derrick Etienne and Ethan Decker were the goal scorers for Red Bulls in the earlier meeting.

Down the coast, a similarly significant game will take place on Saturday when South Carolina United Battery Academy hosts Georgia United. Battery, likely, needs to pull out at least a point from the clash in the U16 age group, as the team holds one of the final wild card spots. Michele Bottari and Avery Ryan found the back of the net in the first meeting of the season between the clubs to help Battery to a 2-0 win.

The lone fixture from the West Conference in the Academy this weekend comes from Seattle where the local derby takes the stage. Crossfire Premier plays host to Seattle Sounders on Sunday at Lake Washington High School.

Sounders were victorious in the U18 matchup earlier this season 3-1 thanks to goals from Jordan Morris, Henry Wingo, and Duncan McCormick. James Molyneux-Elliot scored the lone goal for the losing side. The two U16 teams battled to a 2-2 draw with Denis Kalamar scoring both for the Sounders and Wesley Stark and Luke Postma scoring for Crossfire. Both Seattle clubs have clinched a spot in the postseason in the U16 age group, so the fixture comes down to bragging rights.