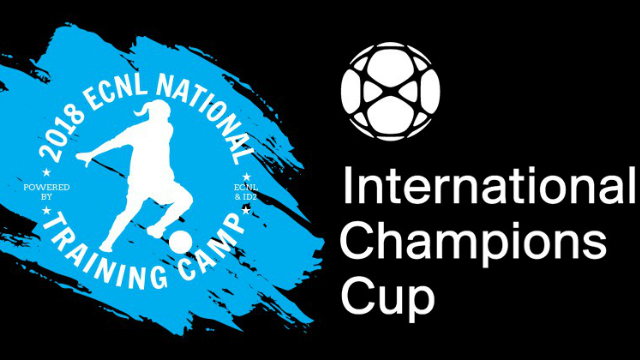 For the first time ever, approximately 40 female players born in 2001 and 2002 will participate in an Integrated Training in conjunction with the International Champion’s Cup. These players will learn from and participate in training sessions with two of the top women’s professional teams in the world: Paris Saint-Germain and Manchester City FC. Beyond these integrated training sessions, these players will have additional trainings and friendly competition during the week.

Approximately 90 additional youth players born in 2003, 2004 and 2005 will be invited to the annual ECNL/id2 National Training Camp from July 24-28, 2018. These players will have the opportunity to play with and against the best athletes in the country in their age groups, learn from a staff of some of the country’s top youth coaches, and watch the match between Paris Saint-Germain and Manchester City.

The 2018 ECNL/id2 National Training Camp is a joint effort between the ECNL, U.S. Club Soccer’s id2 National Player Identification and Development Program and Nike. The camp is open to all players regardless of U.S. Soccer affiliation, or lack thereof, and is sanctioned as an Olympic Development Program by US Soccer and the United States Olympic Committee (USOC).

There is no cost to players aside from travel to and from the camp. Lodging, meals and training gear are provided by the ECNL, US Club Soccer and Nike.

For a tentative schedule of the 2018 ECNL/id2 National Training Camp, click here.

Below is the roster for the id2 training camp.