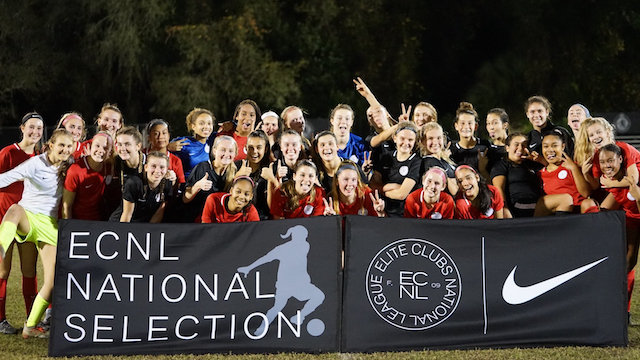 “We are thrilled to announce the rosters for the first National Selection Games of the season,” said ECNL Girls Commissioner Jen Winnagle. “These events highlight and reward some of the top youth players in the league with the opportunity to compete in a best vs. best environment. The National Selection Game is a must-attend at ECNL events, and provides the athletes with an unrivaled playing experience.”

At the U16/17 level, each team in the National Selection Game will field 18 players, while at the U18/19 level rosters will feature 15 athletes each. Players were selected for the games by ECNL Player Identification staff through a combination of scouting and recommendations based on performances over the past several months. These athletes will not compete for their clubs on this day in order to properly rest and prepare for the National Selection Game.

To view a full list of the U16/17 and U18/19 rosters for the National Selection Games, click here.