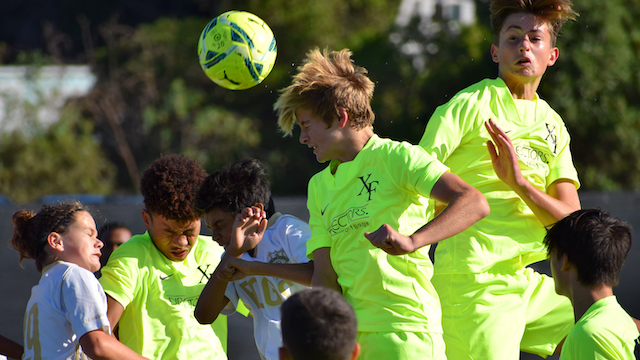 DEL MAR, California - While the U.S. Men’s National Team was being humbled in Panama on Sunday, the future of soccer in the United States was on display in San Diego at the Surf Cup Sports Park. The ECNL hosted a three-day event at the complex for the U12-U14 age groups in both the Girls ECNL and Boys ECNL leagues.

Some of the best youth clubs in the country had their top teams at the event - the first National Event of the 2021/2022 club season for ECNL. The perfect weather on Sunday was a great showcase for the clubs, teams, and players.

I did not spot any U.S. Soccer scouts in attendance, but there were scouts from MLS academies at the event. Some MLS franchises are taking a more determined look at improving the youth teams and spent the money to have scouts watching the event in hopes of finding the next homegrown player. There were definitely some bright spots on the day.