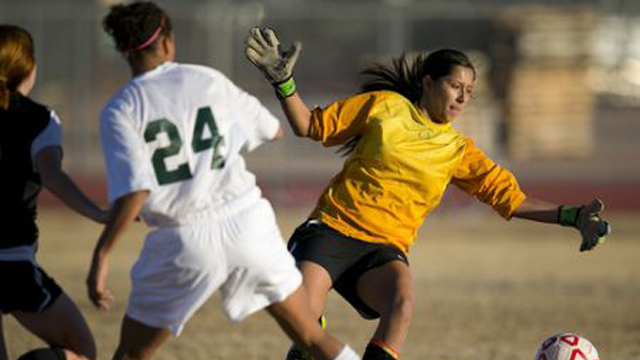 Colorado Storm continued its dominance in the Mountain West Conference over the weekend with a pair of victories. Storm recorded a 3-0 win over SC Del Sol on Saturday and then followed that up with a 2-0 win over Sereno Soccer Club. 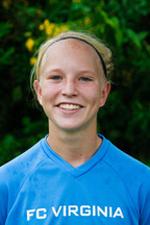 Forward Madeline Alhamra led the offensive charge with two goals and an assist in the two games. Morgan Metcalf, Brittney Lewis, and Elisabeth Geraghty also scored over the week for the Storm. Geraghty has scored 20 goals in 15 games during her first season in the ECNL.

After dropping its opening fixture of the weekend 0-5 against FC Dallas, Challenge SC bounced back on Sunday with a 2-0 win over TSC Hurricane. Midfielder Bianca Velasco had both of the goals for the Texas club, as it improved to 5-5-5 on the season. The goals were the first of the season for Velasco.

The top two teams in the Midatlantic Conference battled to a 1-1 draw on Sunday. FC Virginia, second place in the conference, found a goal off the foot of Emma Kershner. Emily Fox had the assist. Freestate Soccer Alliance, first place in the conference, used a goal from Carmyn Hayes to retain that top spot and undefeated record. Nia Dorsey had the assist, her fifth of the season.

Kershner’s goal was the first let in by Freestate in seven conference games this season.

Michigan club Vardar enjoyed a stellar weekend with a pair of victories over Sockers FC and Sporting Blue Valley. Vardar topped the Chicago club 5-1 on Saturday thanks to two goals and two assists from forward Shannon Casey. Claie Allen, Sydney O’Donnell, and Amy Stroud also scored. Casey also had a goal and an assist on Sunday in the 2-0 victory over Sporting Blue Valley. Kacey Cerretani had the other goal on the day.

McLean Youth Soccer snagged a pair of victories over the weekend, as the Virginia club pushes for a top spot in the conference with only a few weekends left on the schedule. Forward Madeline McCracken was the hero on Saturday with the game-winning goal in a 1-0 victory over Freestate Soccer Alliance. Rebecca Voyack notched the assist.

Jarena Harmon grabbed the goal on Sunday in a 1-0 win over Bethesda SC. Mary Hamilton had the lone assist.

Colorado Storm had a positive weekend in the Mountain West Conference with a 5-0 win over SC Del Sol on Saturday and then a 1-1 draw against Sereno Soccer Club on Sunday. Five different goal scorers led Storm to victory in the opening clash with Madison Watts, Brooke Tasker, Claire Schrier, Madison Roberts, and Jessica McKenna all finding the back of the net. Rebecca Pousma contributed a pair of assists to the result. Ingrid Alvarez had the lone goal on Sunday in the draw against the Arizona club.

For the beatings SC Del Sol took in the younger age groups, the U17 team made up for it and then some over the weekend. SC Del Sol trounced Colorado Storm 8-1 on Saturday with nearly everyone scoring for the Arizona clubs. Arizona State commit Jazmarie Mader had two goals and two assists in the lopsided result. Jorian Baucom, Cera Hassinan, Madison Kmetko, Emily McShane, Alexis Roberts, and Carlie Wagner also scored in the game.

SC Del Sol capped the weekend with a 2-0 win over Utah Avalanche on Sunday. Baucom, who is verbally committed to LSU, scored her second goal of the weekend. Oklahoma commit Angela Boyle had the other goal. SC Del Sol is now 9-0-1 on the season in conference play with a comfortable lead at the top of the table.

In the Midwest Conference, Minnesota Thunder enjoyed an undefeated weekend with a win over Vardar on Saturday and a scoreless draw against the Michigan Hawks on Sunday. Forward Rachel Mickelson scored both of the goals for Thunder in the victory over Vardar. Marisa Knott and Amy Yang provided the assists.

Michigan Hawks capped off their season with a 7-2 win over Minnesota Thunder on Sunday. The Hawks finished the season with an 11-2-3 record and sit in third place in the conference.