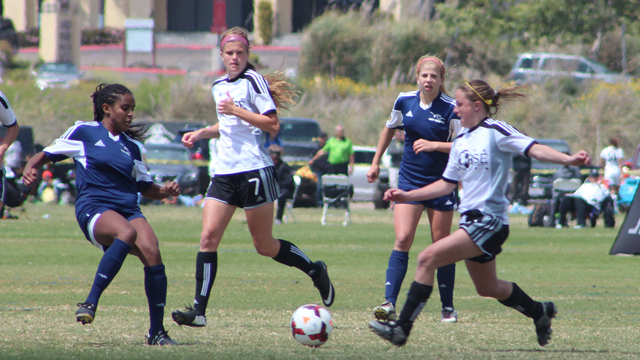 SAN DIEGO – The fourth ECNL event of the season kicked off on Saturday at the San Diego Polo Fields. With over 150 of the top girls club soccer teams in attendance, there was a plethora of action to take in for all of the college coaches eager to find their next star.

The opening day saw the local sides jump out to a hot start in some of the top matchups. 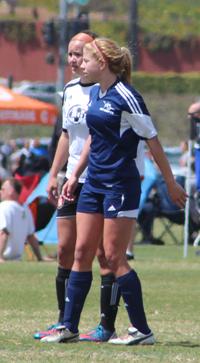 Saturday’s fixture was the first ECNL game for Eclipse since later November and it was pretty obvious in the first half. The Illinois club had a handful of chances just yards from goal but none of the shots were able to get past Charlee Pruitt who made two breathtaking saves late in the opening half.

Eclipse’s lost opportunities came back to hurt the squad in the second half as Leah Pruitt broke free from the defense on a few occasions before she finally earned the winner. Pruitt hit a speculative cross into the box that smashed off the hand of a defender. The referee awarded a penalty kick, which the talented striker converted for the lone goal of the game.

Eclipse pushed for the equalizer late, but West Coast FC’s defense held strong and second-half goalkeeper Brittney Viboch provided a couple of timely saves to hold on for the shutout.

Eagles continued its hunt for a postseason berth with a comfortable win over Idaho club FC Nova on Saturday morning. Brianna Welch started the scoring early and she did not relent with five goals and an assist to her name in the win.

Much of Welch’s success came thanks to her combination play with fellow forward Tara McKeown who assisted on two of the five strikes. Welch also had a perfect hat trick on the day with goals from both feet as well as one from her head when she headed in a corner kick Samantha Walker.

Along with McKeown’s two assists, she also had three goals in the lopsided victory. Eagles sit in 18th place in the champions league standings following the win and take on MVLA on Sunday. FC Nova returns to the pitch with a game against Strikers FC.