ECNL Standouts from the Championships 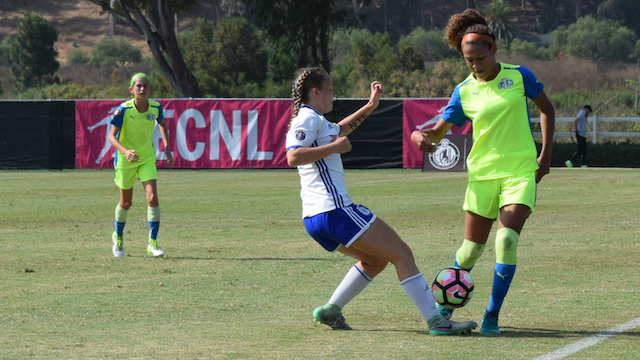 SAN DIEGO, California - The 2016-2017 ECNL season is over. The campaign concluded on Saturday with the Champions League Championships in the U15, U16, and U17 age groups. So Cal Blues, FC Dallas, and Michigan Hawks were the respective winners of each age group.

Each team was a showcase of a collective effort overcoming an obstacle as they each reached new pinnacles of success from the championship-worthy performances. TopDrawerSoccer was on hand for the games in San Diego. Below are the individuals who stood out from the three finals on Saturday.