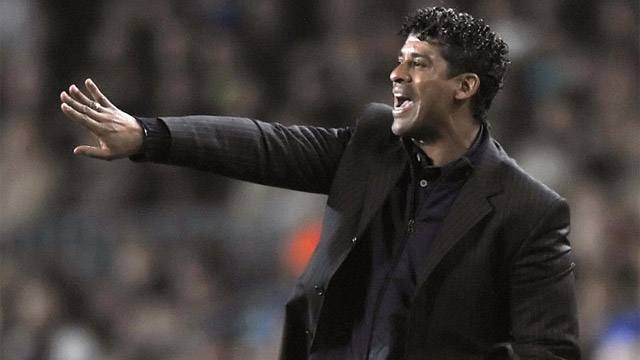 In June, Frank Rijkaard made international waves when he turned down the lucrative, high-profile job as Paris Saint Germain boss. Turns out he had a distinctly more American project in mind. 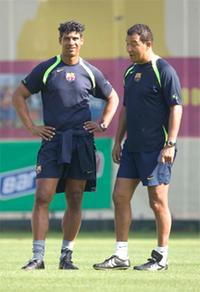 Orlando-area boys' soccer power Montverde Academy announced late last week that Rijkaard will take up a prominent position at The Soccer Institute at Montverde Academy, a new cyclical developmental project opening later this month. The former Barcelona head man will be the fledgling academy's official ambassador and advisor for player development for a program that will run parallel to the school's already established high school program.

The idea is to draw ever more talented players to Central Florida in an effort to mimic a more more European development model.

"We're trying to bring the Barcelona model of development here to produce the highest level players we can," Montverde head coach Mike Potempa told TopDrawerSoccer.com "It's just another level program we're starting that isn't necessarily high school soccer. It's different, but it's another level to what we've already been doing, that we'll hopefully produce some kids that are an even higher level than we are now."

That's a lofty mark to set considering the club's outsize expectations. Since Potempa took over at Montverde in 2010, the boys' soccer team is 74-0-6, which is the nation's longest unbeaten streak. Last season, the high school program went 25-0-1 and breezed to a national title. The boarding school draws students from more than 50 countries, which inevitably filters down to a soccer program that has a uniquely multicultural feel.

That level of talent stoked Rijkaard's curiosity in developing American soccer at a youth level. Rijkaard is perhaps most famous for his 2005-2006 campaign at the helm of Barcelona, guiding the club to an impressive treble: the Spanish Super Cup, the La Liga title and the UEFA Champions League crown. He's been out of soccer since being sacked by the Saudi Arabian National Team in January when the country failed to progress past the group stage of the Gulf Cup of Nations.

The academy will pull high-school age players and require that they uphold an academic standard in the classroom, but it won't compete at the high school level. Instead, they'll primarily face club, national and college teams to up the ante on competition. Each training program will last 12 months.

Players will live on campus, and Potempa says trips to club setups Ajax and Barcelona are already on the books. as options.

"It's not just (Rijkaard) putting his name to it," Potempa said. "He's actually going to be coming to the campus and working with players and instructing them on tactics and things they're going to need to know to play at the next level. Whether it's college or professional."

Montverde sealed the deal when Rijkaard visited the campus in July. He was so impressed that he agreed to the partnership then and there.

“I am pleased and honored to be joining the Montverde Academy family and excited to begin my new role as official ambassador and advisor of player development for the MVA Soccer Institute,” Rijkaard said in a release. “After visiting the campus in July, I feel as though The Soccer Institute at Montverde Academy will offer a superior life experience for talented youth, and I believe in the model they have developed, placing a focus on world class education in the classroom and on the field of competition. The future is bright at Montverde Academy.”