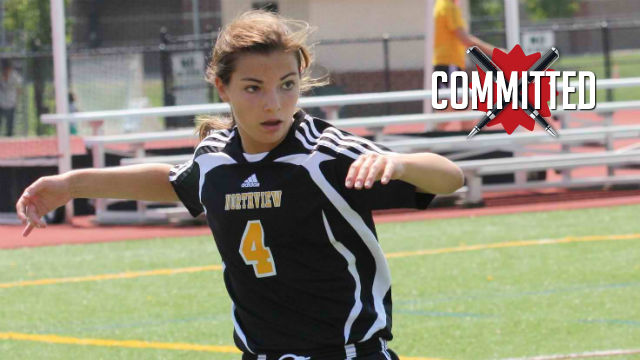 With a top recruiting class secured for 2014, Duke’s coaching staff is working away at securing commitments for 2015 and 2016.

Emma Carlson, a top defender from Georgia and class of 2016 graduate, recently made the commitment to the Durham program. 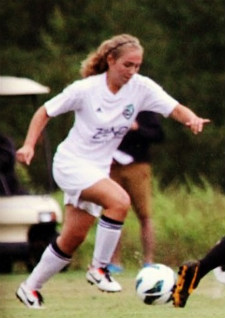 “I committed to Duke because I felt a connection with the coaching staff and I thought it was the best fit academically and athletically for me,” she told TopDrawerSoccer.com.

The environment fostered by the staff and the program largely influenced her decision, as Carlson had a strong desire to join a squad with good chemistry.

“I could see the bonds between the players and how comfortable they were with each other and I'm really excited to be a part of that,” she said. “I also am excited about the incoming recruits and I look forward to being a part of a consistently successful program.”

Away from soccer, it wasn’t too hard to understand Carlson’s desire to commit to the prestigious institution.

“For the school, I love the campus layout,” she said. “I like how the campus isn't too big; I was looking for a walking campus. Also, the architecture is exactly what I pictured when I imagined my dream school. Duke is one of the strongest academic colleges in the country and I am looking forward to the challenge.”

A later addition to the 2014 Georgia recruiting class – currently ranked tenth overall – Alexandra Pallo found the right blend of school and soccer at the SEC program.

“I decided to commit to Georgia because it was what felt right,” Pallo told TopDrawerSoccer.com. “It is a school that offers everything I am looking for academically and athletically.”

Pallo, who is considering pursuing an engineering degree, found that the school had plenty of academic options for her to explore off the field. But on the field, a tight-knit team and a competitive conference intrigued her.

“What I like about the soccer program is that it has the nicest group of girls and amazing coaches that make me feel like I am a part of the team already,” she said. “Also, it's SEC soccer so I will always be challenged and tested in one of the best conferences, which I like because complacency is boring.”

Having spent time on Bowling Green’s campus to play club soccer, Abbie Bacon was quite familiar with the lay of the land. But she never had looked past the soccer fields until touring the campus with BGSU head coach Lindsay Basalyga.

“BGSU is located in a farm community and has a nice hometown feel to it,” she told TopDrawerSoccer.com. “I learned more about the school's curriculum and soccer program and was very impressed by the beauty of the campus.”

From that day, Bacon felt welcomed and warmed up to the idea of playing there one day. Basalyga and assistant coach Rhonda Gootschalk shared their vision with Bacon, and her commitment was in the bag.

“They are both new to BGSU and I was impressed by the goals they have set for the woman’s soccer program and I wanted to be part of it,” she said. “They are bringing the excitement back to the program and are making sure all the student athletes come together to support one another as they are believers of team playing and team commitment.”

Midfielder Julie Mackin (Real Colorado) committed to Clemson for the class of 2016.

Defender Jaylyn Thompson (Penn Fusion) committed to Virginia Tech for the class of 2016.

Goalkeeper Mollie Rosen (FC Wisconsin Eclipse) committed to Northeastern for the class of 2014.

Midfielder Natalie Newell (D’Feeters) committed to Arkansas for the class of 2016.

Midfielders Abby Morrow (Crossfire Premier SC) committed to Oregon for the class of 2014.