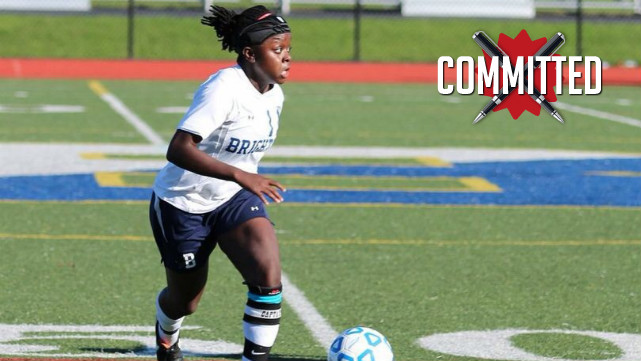 Having only started playing soccer at the U15 age group, Zainab Bakrin knows that she has a lot of room for improvement. 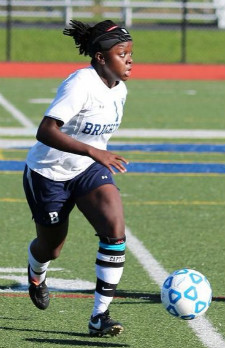 But the striker possess speed and creativity that caught the eye of the coaching staff at Dartmouth, and it was an opportunity she couldn’t turn down.

“I was hoping to be able to play at an Ivy [League school] from the beginning of my search, and I decided to pick Dartmouth because of the excitement I felt when I was on campus for my visit. I feel like everyone loves being there, and I want to be a part of that. The student body has a lot of spirit and supports all the athletes, even the women's soccer players who don't always have fans attend their games at other schools. I knew from the time I stepped on campus, and even told my parents, that there's nowhere else I would want to be.”

An attacker who likes taking defenders on one-v-one, along with the chance to play soccer at an Ivy League school, she was swayed by where the soccer program is headed.

“I like what the coaches are trying to accomplish with the team,” Bakrin said. “When I went to watch them play last fall, I could see myself fitting in and enjoying the soccer. The success that they've had in the Ivy League in the past couple of years and the possibility of going to the NCAA tournament while I'm there are really exciting.”

The location also intrigued Bakrin, along with the school’s approach to scheduling.

“Having quarters instead of semesters means that athletes are encouraged to study abroad and get internships that we would miss out on at other schools,” she said. “Even though I am planning to be on the pre-med track and focus on biology, Dartmouth provides so much room to explore multiple fields and to pursue all interests. Also, Hanover, New Hampshire is one of the most beautiful places in the country, and the College provides outdoor activities for students all year. I love being outside and have played high school sports in every season, so that part of Dartmouth's culture is quite appealing.”

An aggressive and fast attacker on PDA, Lisa Caprara found the right college fit without leaving the northeast.

“I picked CCSU because I fell in love with the school and am excited to play Division I soccer there,” Caprara told TopDrawerSoccer.com. “The coaches were nice along with multiple players I have met too. Also they have my major and it is a good fit.”

Impressed by the team’s coaching staff and facilities, everything else about the school felt right to her.

“The school itself is a perfect size,” she said. “I thought it looked very new and nice. The people seemed friendly and it looked like I will enjoy my four years there. My favorite was the soccer fields and the new scoreboard with a video camera. Also I loved the fact that we can bring our cars up our freshman year.”

Defender Kaiya McCullough (Strikers FC) committed to UCLA for the class of 2016.

Forward Madison Bennett (West Coast FC) committed to Arizona for the class of 2016.

Forward Erin Gilroy (East Meadow SC) committed to Tennessee for the class of 2016.

Goalkeeper Madison Henry (Omaha Football Club) committed to Marquette for the class of 2016.

Forward Allison Wiggins (FC Stars of Massachusetts) committed to Harvard for the class of 2015.

Defender Virginia Poe (Birmingham United SA) committed to Furman for the class of 2015.

Forward Jenna Szczesny (FCX) committed to Loyola-Chicago for the class of 2015.

Forward Brittnee Gilbert (Carmel United) committed to Memphis for the class of 2015.

Midfielder Callie Mckinney (Tennessee SC) committed to Louisville for the class of 2016.