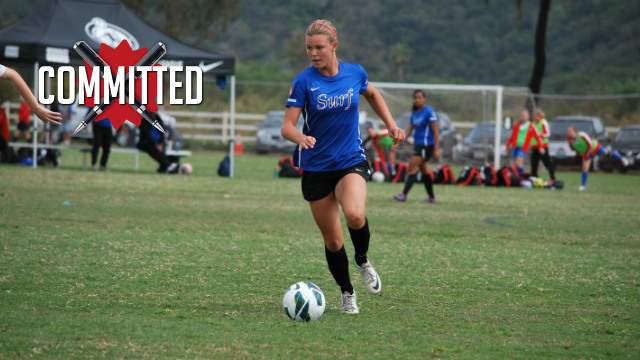 Consider Erica Stephan’s commitment decision strongly guided by her academic ambitions. Of course the soccer played a role as well. 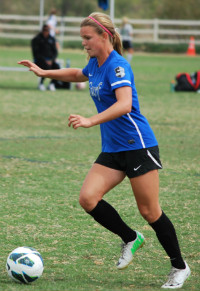 “The coaches at Arizona really appreciate my style of play and made me feel like they really wanted me,” Stephan told TopDrawerSoccer.com. “I'm interested in caring for people's health and the University of Arizona College of Nursing has one of the top nursing schools that graduates 3-4 times more Ph.D's. than the average nursing programs.”

The challenge of her future conference didn’t hurt either.

“The allure to play in the PAC12 and compete against some of the top players and teams in the country was very appealing to me,” she explained. “When I called coach Nagy after committing he said ‘Hi Erica...welcome to the family.’”

A program’s ambition is always an important pat of a recruit’s choice, and Caroline Dreher likes the direction the team is headed in.

Add to that a family connection to the team, and her commitment seemed inevitable.

“Indiana’s women’s soccer program is a great program with a new coaching staff that is focused on taking the team to the next level,” she told TopDrawerSoccer.com. “Head coach Amy Berbary and coaches Gonzalez and Walton have big plans for the entire program and I am extremely excited to be a part of it.”

“In addition, my sister Rebecca Dreher is currently a junior on the team. Being aware of the great experiences she has had at Indiana only adds to the excitement of being a Hoosier.”

Academically, Dreher found that she can pursue a future career path while also getting the most out of the soccer program.

“IU’s Kelley School of Business has an incredible reputation and a high percentage of graduates that are offered great jobs directly out of college,” she said. “This highly ranked business school intrigues me as I am interested in pursuing a career in business after college.”

There were a lot of different reasons that Kiera Lyons picked Butler as her college destination. The team’s style of play was definitely one of the major contributing factors.

With a father employed by the Coast Guard, Lyons has lived in six states before turning 14 (Florida, Alaska, Rhode Island, Oregon, North Carolina, and Maryland). Bouncing around helped her discover that it’s important to be around people you like, and learning that shaped her search.

“When I went and stayed for the unofficial overnight with some of the Butler players, I really enjoyed my time,” she said. “At the end I knew I found a place where I would thrive.”

The outside back is also the current record holder in the ECNL’s National Guard juggling competition. Down at the Frisco ECNL Event earlier in the year, Lyons kept the ball up for two hours and thirty minutes, clocking in at 12,955 touches.

Goalkeeper Sumer Rahe (San Diego Surf) committed to Kansas for the class of 2015.

Midfielder Kate Hajdu (Dallas Sting) committed to Texas A&M for the class of 2015.

Midfielder Rachel Preble (Tampa Bay United) committed to Maine for the class of 2014.

Midfielder Linnea Faccenda (FC Delco) committed to Duquesne for the class of 2014.

Defender Hannah Keirstead (Dakota Rev) committed to Augustana for the class of 2014.